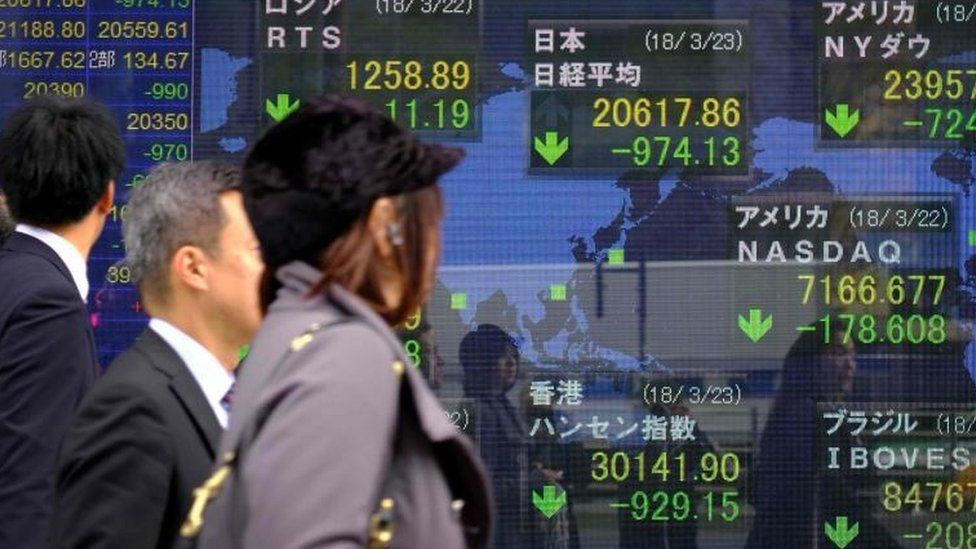 S&P 500 contracts lost more than 2%, while those for the technology-heavy Nasdaq 100 tumbled some 3%. Crude oil surged in excess of 7% at one point.

The euro shed about 1% against the dollar on worries about risks for Europe’s economy. A rally in Australian bonds and gold signaled demand for havens. Commodity-linked and some emerging-market currencies declined.

Australian shares were steady and equity futures for Japan pointed to a muted start there. Cryptocurrency Bitcoin held losses after retreating below $38,000.

The stricter penalties further separate commodity-rich Russia from global finance by seeking to prevent its central bank from using foreign reserves to undermine sanctions. They also exclude some Russian lenders from the SWIFT messaging system that underpins trillions of dollars worth of transactions.

The steps against the central bank raise doubts about its ability to backstop Russia’s financial system and the ruble. The SWIFT exclusion may leave holes in international banking that require monetary authorities to supply the market with dollars, according to Credit Suisse Group AG strategist Zoltan Pozsar.

The U.S. Treasury yield curve has flattened, signaling investors foresee slower growth and ongoing inflation. A key question is how all this may affect the Federal Reserve’s plan for a series of interest-rate hikes starting March. Ebbing liquidity stirred major market swings even before the Ukraine crisis.

“Volatility will persist in the near term as saber-rattling, aftershocks, and spillover incidents will occur this year,” Matt Gertken, chief geopolitical strategist at BCA Research Inc., wrote in a note.

Ukrainian and Russian officials are due to meet at the Belarus border, hours after President Vladimir Putin put Russia’s nuclear forces on higher alert. Ukraine’s President Volodymyr Zelenskiy voiced skepticism about the talks.

In Russia, citizens were lining up at cash machines around the country to withdraw foreign currency, fearful of a ruble collapse. Russian bonds were cut to below investment grade by S&P Global Ratings on Friday.

The European Union is closing its airspace to Russian planes. U.S. citizens were advised to consider leaving Russia immediately.

Traders are awaiting Congressional testimony from Fed Chair Jerome Powell this week, and commentary from other Fed officials, about the policy outlook.

The conflict is “likely to boost energy prices significantly, resulting in immediate inflationary effects and a large drag on global growth,” Silvia Dall’Angelo, senior economist at Federated Hermes, wrote in a note. “It’s fair to say that the crisis increases the room for central banks’ policy mistakes.”