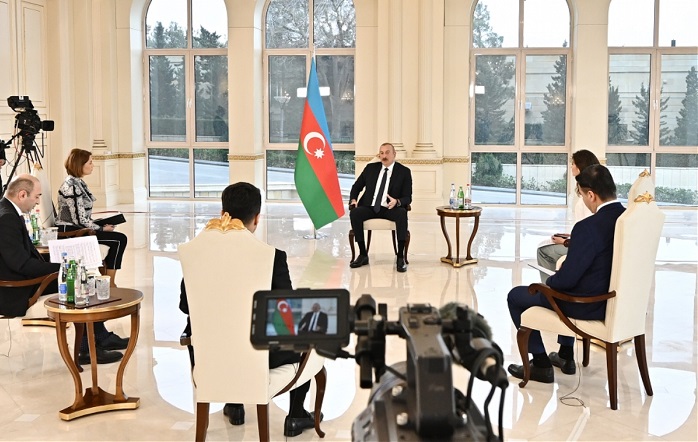 Azerbaijan is expected to produce a total of 45 billion cubic meters of gas. The country’s gas potential allows it both to export certain volumes and to meet the domestic demand. Interconnectors, which may connect the Southern Gas Corridor, can bring Azerbaijani gas to even wider geography. Amid the gas crisis in Europe, the significance of the Southern Gas Corridor for Europe’s energy diversification and energy security becomes even clearer.

Former US ambassador to Azerbaijan Matthew Bryza told Trend that the Southern Gas Corridor is crucial to opening many new opportunities for European governments and private companies to secure reliable supplies of natural gas at affordable prices, which will help their countries to strengthen their economies, sovereignty, and independence.

The US expert and analyst Irina Tsukerman believes that Southern Gas Corridor, in light of the new realities, is a crucial opportunity for Europe to strengthen its relationships with other energy supplying countries.

“The route from Azerbaijan to Europe consists of 3 pipelines: South Caucasus, Trans-Adriatic, and Trans-Anatolian, which source the gas from the Shah Deniz gas field in the Caspian Sea. The project also received substantial support from the United States. The EU is heavily dependent on other countries for energy supply with at least 54 percent of gross energy consumption coming in from foreign sources,” she said.

Tsukerman went on to add that Europe has been focusing on renewable energy, particularly wind energy in countries like Germany.

“Mismanagement of energy policies, such as the use of inefficient forms of renewable energy like wind turbines, which are expensive to maintain and have a high turnover rate, and the shutdown of nuclear power plants created additional energy supplies vulnerabilities and exacerbated energy dependency. Instead of becoming more energy efficient as a result of renewable energy research efforts, by pursuing unrealistic energy consumption, carbon emission, and other goals coupled with limiting diversification of energy, the EU actually increased its dependency on foreign sources, which has led to the ongoing energy crisis,” she said.

“In light of these developments, as well as the recent simultaneous decision by Algeria to cut off gas to Morocco which affects Spain and other parts of Southern Europe, diversifying supply of energy and finding paths to greater energy security is essential for Europe to continue functioning,” Tsukerman said.

“Gas shortages in UK as a result of mismanagement is one example of how economic activity can literally come to a halt without a study access. The Southern Gas Corridor, in light of these realities, is a crucial opportunity for Europe to strengthen its relationships with other energy supplying countries. In light of lack of access to steady renewable sources of energy having access to gas supply is the only choice Europe really has at the moment,” she said.