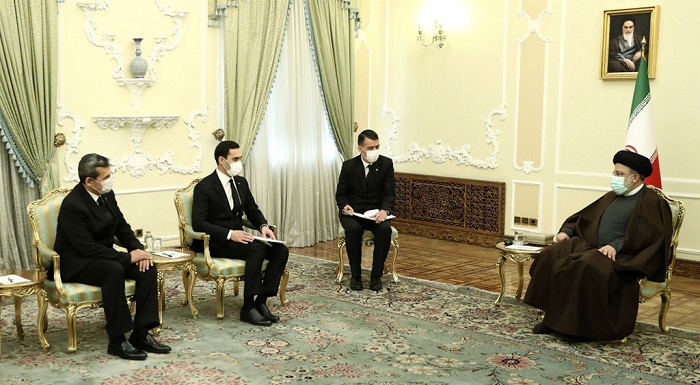 According to the information portal Seda Wasima, at a meeting with the Turkmen delegation, Iranian Oil Minister Javad Ouji said: “We are ready to transfer 40 mcm of gas per day or 10-15 billion cubic meters per year” Turkmenistan through Iran to Azerbaijan”.

The oil minister said that the two sides will sign documents prepared by the experts of the two countries, and they relate to cooperation in the development of oil and gas fields.

Ouji added that the parties will focus on reviving the gas contract, as well as discussing increased supply swaps and other aspects of the energy trade.

Also during the negotiations, issues of the production of petroleum products and the exchange of engineering and technical services were touched upon.

According to Iranian media reports, swap supplies of Turkmen gas have prevented problems with gas shortages and pressure drops in the gas transmission network in the northern region of the country, especially in the province of Mazandaran.

Also, the Shabestan news agency reported that the visit of the President of Turkmenistan to Iran and his meeting with the President of the Islamic Republic of Iran Ibrahim Raisi is expected in the near future.

It should be noted that from January 3, 2022, Azerbaijan began receiving Turkmen gas from Iran under a swap scheme in the amount of 4-4.5 million cubic meters per day.