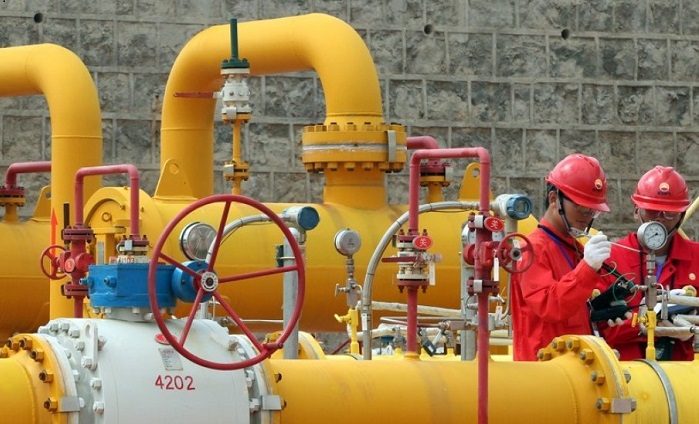 In 2021, Turkmenistan supplied about 34 bcm of natural gas to China, the Russian-language newspaper of the government “Neutral Turkmenistan” reported on Thursday, stated  the general director of the branch of the Chinese National Petroleum Corporation (CNPC) in Turkmenistan Chen Huailong at a meeting held by President of Turkmenistan Gurbanguly Berdimuhamedov.

The head of state held a meeting on the development of the Turkmen fuel and energy complex in the city of Turkmenabat (formerly Chardzhou) following a trip to Mary and Lebap regions.

Speaking at the meeting, Chen Huailong recalled that “On July 17, 2007, the State Concern Turkmengaz and CNPC signed a Production Sharing Agreement on the Schastlivka contract territory, where the industrial development of 29 gas fields is underway and blue fuel is supplied from 137 wells”.

The head of the Turkmen branch of CNPC stressed that “in 2021, about 34 billion cubic meters of natural gas were sent from Turkmenistan to China.”

According to him, “the commissioning of the Malay gas compressor station in January last year allowed the uninterrupted supply of gas to the PRC during the winter heating season, and since the opening of the transnational Turkmenistan-China gas pipeline in 2009, over 320 billion cubic meters of Turkmen gas ”.

“In light of the growing trend towards low-carbon emissions around the world today and expectations of a significant increase in the share of natural gas in total energy consumption, Turkmenistan occupies a key place in the international energy system,” Chen Huailong quotes “Neutral Turkmenistan”.