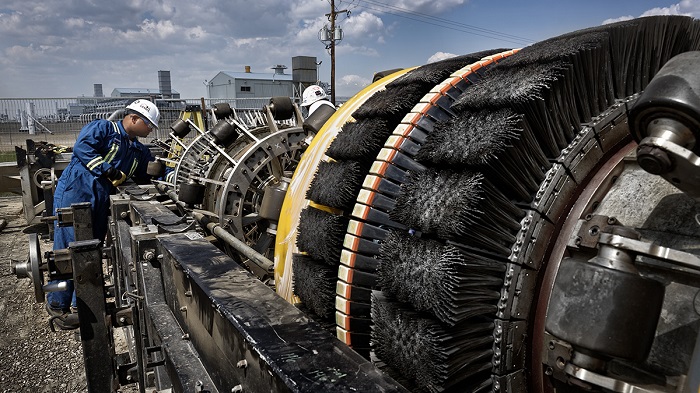 “We started just with our liquids pipeline and it gives us really a lot of confidence that we’ll be able to pivot quickly to our natural gas pipeline business both in the U.S. and in Canada,” Corey Hessen, president of power and storage at TC Energy, told Reuters.

Currently, the company is measuring how many tons of carbon dioxide it would save by switching from natural gas to wind and solar power to operate its pipeline network. What is clear is that it generated close to 14 million tons of CO2 in 2019 from its pipelines.

TC Energy’s plan is the latest sign that the energy industry is taking the emission challenge seriously and seeking ways to improve its track record in this respect. Yet emission-cutting for companies like TC Energy is also to their own benefit.

Canada plans to raise the price of carbon dioxide emissions from around $32 (C$40) per ton now to as much as $136.50 (C$170) by 2030. That’s a price the government would use to charge big polluters such as TC Energy for their emissions. The pipeline operator would need to spend billions to build the renewable energy capacity it would need to run its 62,000 miles of oil and gas pipelines. Still, over the long term, it will probably save money from the move.

“It’s a big prize and it’s a really big opportunity,” Hessen told Reuters, which also quoted an IHS Markit analyst as saying, “It’s in their interest to green their portfolio and start this strategy now.”

“The world is going to get more aggressive on climate policies and that means carbon is going to be a cost,” IHS’ Kevin Birn also said.