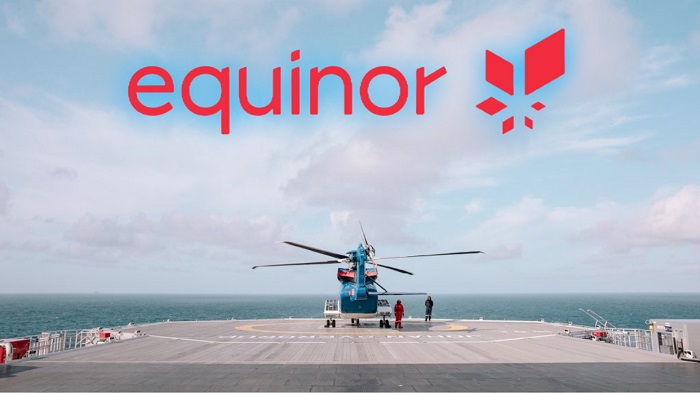 “Our results are impacted by the market turmoil during the year, but with strong cost improvements and capital discipline we delivered positive net cash flow for the quarter and the full year. During 2020 we have delivered more than 3.7 billion dollars in savings, well above our ambition for the action plan we launched in March to strengthen financial resilience. We are well positioned for value creation and strong cash flow in 2021 and the coming years,” says Anders Opedal, President and CEO of Equinor ASA.

“I am impressed by how the organisation has responded, delivering strong operational performance and production growth in a long-lasting challenging situation during the pandemic. We are increasing production volumes from Johan Sverdrup even further, and we used our flexibility to have high gas production as gas prices increased in the quarter. In addition, we have started production from Snorre Expansion ahead of time and well below cost estimates,” says Opedal.

“Equinor is committed to ensuring long-term competitiveness and creating value as a leader in the energy transition, setting an ambition to be a net-zero energy company by 2050. During 2020 we delivered significant progress in our renewables portfolio, taking the investment decision for Dogger Bank A and B, winning the largest ever offshore wind award in the US, starting construction at Hywind Tampen and capturing value from transactions. We are also taking actions to optimise within oil and gas, building a more robust portfolio for the future, but resulting in a write down in Tanzania and an impairment related to an operated US onshore asset in the quarter,” says Opedal.

Equinor launched an action plan of USD 3 billion in March 2020 to strengthen financial resilience, including a reduction in operating costs of USD 0.70 billion. Delivery on the plan resulted in savings of more than USD 3.7 billion, including a reduction in fixed operating costs of around USD 1 billion. Unit production costs are reduced by 5% since 2019, realising the 2021 ambition already in 2020.

In the E&P Norway segment, Equinor realised weaker liquids prices and the production was reduced mainly as a result of turnarounds moved to fourth quarter due to the ongoing pandemic.

Results in the E&P International segment were impacted by low prices and the impairment of the Tanzania LNG project of USD 0.98 billion. The E&P USA segment was also impacted by weak prices, partially offset by significant reductions in operating costs.

The Marketing, midstream and processing segment captured value from strong trading results from gas to Europe, partially offset by low refinery margins and shutdown of production at Hammerfest LNG plant.

New energy solutions delivered high availability on offshore wind assets. A capital gain of around USD 1 billion is expected to be booked from the divestment of a 50% non-operated interest of the offshore wind projects Empire Wind and Beacon Wind in the US. A capital gain from the farm down of 10% equity interest in Dogger Bank A and B in the UK is expected to be booked in the first quarter of 2021.

In 2020, Equinor completed 34 exploration wells with 16 commercial discoveries and 1 well under evaluation. At year end, 12 wells were ongoing. Adjusted exploration expenses in the fourth quarter were USD 1.25 billion, compared to USD 0.44 billion in the same quarter in 2019.

The proved reserves replacement ratio (RRR) was negative 5% in 2020, following capital discipline and the prioritisation of financial flexibility during market uncertainty, with a three-year average of 95%. With 5.26 billion barrels in proved reserves, Equinor’s reserves to production ratio (R/P) was 7.4 years.

The board of directors proposes to the annual general meeting a cash dividend of USD 0.12 per share for the fourth quarter 2020.

Average CO2-emissions from Equinor’s operated upstream production, on a 100% basis, was 8.0 kg per barrel in 2020.