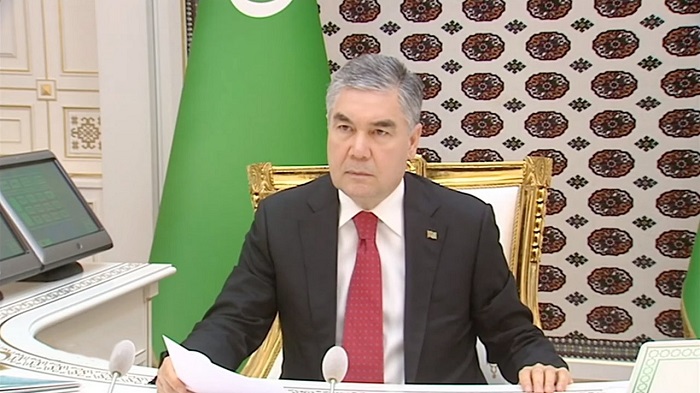 President of Turkmenistan Gurbanguly Berdimuhamedov held a meeting on the development of the oil and gas industry, at which he expressed dissatisfaction with the decline in oil and gas production in the country in 2020

Following the meeting, he issued a severe reprimand to Deputy Prime Minister Myratgeldi Meredov, who is in charge of the fuel and energy complex of the republic, the newspaper Neutral Turkmenistan writes.

However, it was not reported on the rate of decline in production, on production plans for the current year. In Turkmenistan, statistics on energy information is a state secret.

At the meeting, Berdimuhamedov pointed to a decline in oil production, including under production sharing agreements, and stressed the need to take practical steps to improve performance.

The President instructed to promptly analyze the reasons for the decline in natural gas production by foreign companies operating in Turkmenistan in accordance with the PSA, and promptly take the necessary measures to restore stable production rates.

Berdimuhamedov noted the need to speed up geological exploration.