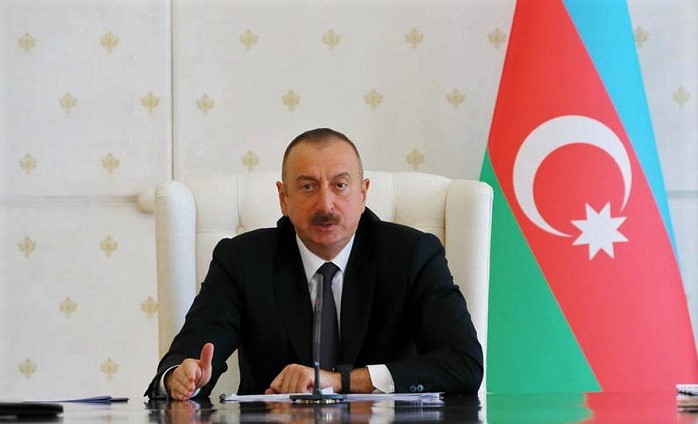 The corresponding presidential decree was published on January 23 on the website of the head of state.

As noted in the preamble of the decree, this decision was made to increase efficiency in SOCAR’s activities, improve management, taking into account modern corporate governance standards.

According to the decree, the Supervisory Board of SOCAR consists of seven members, including the chairman, appointed and dismissed by the President of Azerbaijan.

The President of Azerbaijan makes decisions on the reorganization and liquidation of SOCAR, as well as on the appointment and dismissal of members of the Supervisory Board and the executive body of the company.

The Azerbaijani investment holding company, in agreement with the president, regarding SOCAR is entrusted with: approval of the charter and structure, determination of the size of the authorized capital; approval of annual reports, financial statements, distribution of profits and losses; approval of dividend policy; making a decision on the issue of securities; making a decision to conclude a deal (deal of special significance) in the amount of more than 25% of the value of SOCAR’s net assets, as well as a deal with an appropriate person upon the conclusion of an independent auditor in the amount of 5% of the value of SOCAR’s assets and more.

The powers of the Supervisory Board of SOCAR include: approval of the company’s long-term development strategy, estimates of its costs and revenues, control over their implementation; making proposals to the general meeting in connection with the conclusion of a transaction (a transaction of special significance); consent to conclude transactions for the transfer of management and privatization of SOCAR assets, taking into account the requirements of the current regulatory legal acts.

The Supervisory Board also authorizes consent to approve the corporate structure and staffing table of SOCAR, as well as create the Audit Committee and other committees of the State Oil Company, approve their provisions, appoint and dismiss their leaders and members.

The Azerbaijani investment holding was instructed to: within 6 months approve corporate governance standards for SOCAR’s management, as well as a system for assessing the activities of members of the governing bodies of the State Oil Company; within 6 months, with the involvement of an international consulting company, provide diagnostics of the results of SOCAR’s activities in the legal, financial, tax and commercial spheres and, depending on its results, within two months, prepare and submit to the President of Azerbaijan for approval a draft of a new charter and structure of the company.

President Aliyev also approved the composition of the Supervisory Board of SOCAR, appointing him Chairman of the Minister of Economy Mikail Jabbarov.

If we proceed from the presidential decree, then in the second half of this year SOCAR will acquire a new charter, a new structure and new managing managers.

The structure and Charter of SOCAR were re-approved by Order No. 844 of the President of Azerbaijan dated January 24, 2003 in connection with the creation of the Azneft Production Association.

By Order No. 340 of the Azerbaijan President dated December 22, 2005, amendments and additions were made to the charter and structure of SOCAR. At present, SOCAR is managed by the President, First Vice President and 11 Vice Presidents.