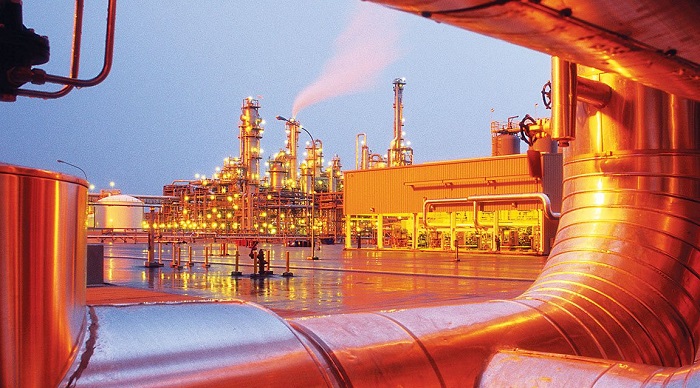 That set the stage for a standoff at a meeting of the cartel this week. A compromise was struck but ambitious plans  to maximize energy wealth may keep stirring tension—in particular with its largest neighbor Saudi Arabia.

The UAE’s reinvigorated pursuit of petrodollars plays into a wider shift in the dynamic between Abu Dhabi Crown Prince Sheikh Mohammed Bin Zayed and Saudi Arabia’s Crown Prince Mohammed bin Salman over who in the region holds sway on the international stage.

For years, the two countries moved in lockstep on both oil and foreign policy, yet they have diverged in recent months on both. They split over the war in Yemen, then the UAE asserted itself with its landmark deal with Israel in September. They also have their differences over efforts to ostracize Qatar, with a U.S. brokered deal to end the rift including only Saudi Arabia.

It’s in that context that the UAE went as far as to signal last month it might consider a future outside OPEC. And while the deal reached on Thursday allowed for a show of unity, it will come up again for review in January, meaning the drama could be replayed in 2021 as the cartel charts a path out of the pandemic.

“The UAE is increasingly willing to act in its own direct national interests, and where that doesn’t align with Saudi Arabia it’s confident and willing to go it alone,” said Neil Quilliam, associate fellow in the Middle East and North Africa program at the Chatham House think tank.

The UAE is OPEC’s third-largest oil producer and holds about 6% of global crude reserves. At the heart of the UAE’s tensions with the Organization of Petroleum Exporting Countries are state-run producer Abu Dhabi National Oil Co.’s plans for growth.

Four years ago, Sheikh Mohammed picked Sultan Al Jaber to run the company. Al Jaber, who has experience in both the corporate and government worlds and is also a minister, has since embarked on a radical overhaul, striking new foreign partnerships and bringing global infrastructure investors to the country for the first time.

The price war in March allowed the market to get a glimpse of Adnoc’s ambition, when the company said it would crank up production to 4 million barrels a day, surprising even the International Energy Agency, which didn’t know it had that capacity.

That was a sudden jump of more than 1 million barrels from the month before. Its long-term goal is to boost capacity to 5 million and it establish its Murban crude as a regional benchmark. For that it needs liquidity, which is being crimped by the OPEC accords.

The latest impasse centered around the arrangement hatched in April between OPEC and allies including Russia to make unprecedented production cuts. It took about a 10th of global supply off the market as the coronavirus pandemic crushed economic activity and demand. It helped bring oil markets back from the brink, more than doubling prices.

But members have begun to chafe, and this time around the loudest objections came from the UAE. Some in the Emirates see their current quota of 2.6 million barrels a day, or about two-thirds of its capacity, as unfair.

Although the country is giving up a greater share of capacity, other OPEC members would argue that’s not how the agreement was calculated and the Emiratis agreed to the baseline when they signed up. The Saudis also yielded more than 20% of their capacity, and indeed have almost always had millions of barrels of spare capacity for decades. As rich nations, both are better equipped to take the hit than poorer members such as Iraq.

“There are a few concerns for Abu Dhabi,” said Iman Nasseri, the London-based managing director for the Middle East at consulting firm FGE. “They are under pressure in terms of keeping production low while developing new fields and expanding capacity. The issue is how long this is going to last.”

Saudi Arabia and the UAE remain close allies. A Riyadh landmark was lit up on Wednesday with the colors of the UAE flag to mark the country’s national day.

Relations, though, haven’t been as cordial as in the early years of Prince Mohammed’s rise to power in the kingdom. Sheikh Mohammed cultivated close ties with 35-year-old when the crown prince was a junior royal in early 2015. At the time, the Emirati could offer much-needed political savvy and clout in Washington, while gaining more influence in Saudi Arabia.

The recent tensions over oil burst into the open in the summer, when Saudi oil minister Prince Abdulaziz bin Salman summoned Emirati counterpart Suhail Al Mazrouei to Riyadh for a public dressing down after the UAE overshot its oil production quota.

The country quickly fell in line, and has since railed against others for failing to show the same discipline. In talks this week, it used the issue of compliance to push against an extension of output curbs. In the end, the cartel agreed to increase production a small amount in January.

One of the reasons the UAE wants to crank up production is to bolster its plan to make its Murban crude a benchmark, driving more liquidity and investment to the emirate’s financial hub.

While Abu Dhabi National Oil Co. officials have said they can supply enough crude to support the new market, the current strictures of OPEC don’t help. That’s partly driving the desire for more influence—and a better quota—within the group.

“The Murban imperative is not about the UAE wanting to leave the deal or OPEC,” said Amrita Sen, co-founder of consultant Energy Aspects Ltd. in London. “It’s about leveraging its influence within the organization to allow it to pursue its national interests.”