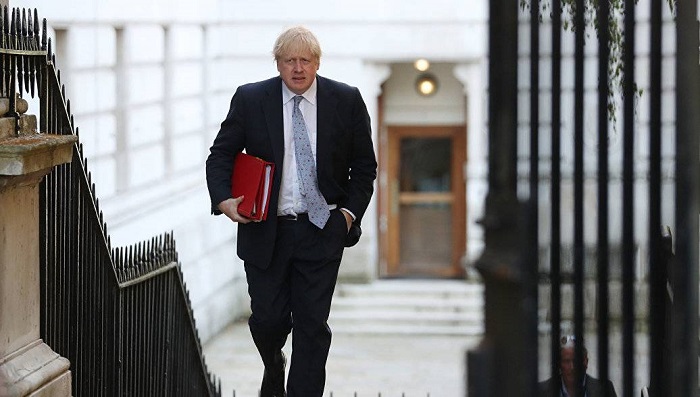 U.K. Prime Minister Boris Johnson is expected to unveil a green 10-point plan on Wednesday, as he weighs controversial proposals to ban the sale of new petrol and diesel cars within a decade.

The much anticipated policy document has already been delayed at least twice and could be moved again. It is currently scheduled for Nov. 18, people familiar with the matter said.

The government is considering bringing forward the current 2040 prohibition on the sale of gas and diesel cars to 2035, or earlier. The BBC and the Financial Times on Saturday reported that the ban will come into effect in 2030, with hybrid cars barred from 2035. However, three senior government officials said no decision had been taken yet.

Johnson promised a self-styled green industrial revolution to meet a law calling for net-zero emissions by 2050, and this week set a target to create 2 million green jobs by 2030. He is seeking to balance car industry concerns with climate goals at a time when the fallout from the Covid-19 pandemic threatens to weigh on long-term growth.

Research by Greenpeace and Green Alliance shows that only a 2030 ban, which also covers plug-in hybrids, would put the U.K. on track to meeting its target of reaching net-zero by the middle of the century.

The car industry has warned that a 2030 ban “could have a devastating impact on the U.K. automotive industry” at a time when it’s already dealing with uncertainty caused by Brexit and the pandemic. Britain’s recovery is trailing behind the world’s major industrialized nations and the economy was still almost 10% smaller than before the pandemic, in the three months through September, according to data released Thursday,

As the host of the next round of global climate change talks, known as COP26, Johnson is under particular pressure to show leadership on tackling climate change by setting out domestic policies that will drive down emissions. The government this week once again delayed a key energy white paper that could include financing plans for nuclear power, hydrogen and carbon capture and storage technology. These technologies are key to reducing pollution, but too expensive to work without subsidization.

He is also expected to announce a new 2030 climate change target ahead of a Dec. 12 United Nations summit, which is required by all countries under the terms of the 2015 Paris Agreement.