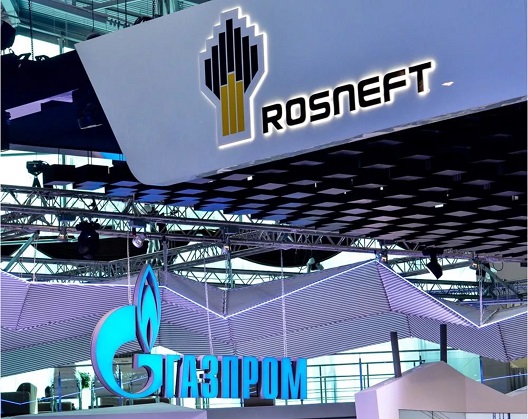 According to the results of 9 months of 2020, Gazprom went into minus by 592 billion rubles, it follows from the reporting under RAS.

The revenues of the holding company, which has a monopoly on the export of pipeline gas, fell by 21% to 2.74 trillion rubles, and gross profit – by almost 40% to 917.46 billion rubles. The loss on sales amounted to RUB 180.62 billion.

By the end of September, only 2.5 bcm were pumped to China via the Power of Siberia – half of the volume stipulated in the annual contract (5 bcm). Thus, the PRC is behind the delivery schedule by about a quarter.

Rosneft ended the third quarter with a net loss of 64 billion rubles (according to IFRS), and since the beginning of the year it has accumulated 177 billion rubles of losses.

The largest oil company in Russia, which accounts for every second barrel extracted from the subsoil, has been operating in negative territory for the first time since 2012. According to the results of 9 months, its revenue fell by 34%, to 4.243 trillion rubles, and EBITDA almost halved, to 845 billion.

Since the beginning of the year, the company’s short-term debt has increased by 38 billion rubles to 833 billion, and the long-term one – by 1.05 trillion rubles up to 4.038 trillion.

If we take into account the obligations under prepayment contracts, under which the company sold the oil that has not yet been produced, the total amount of Rosneft’s obligations exceeded 5 trillion rubles.
The head of the company, Igor Sechin, described the results of the activity as a success.