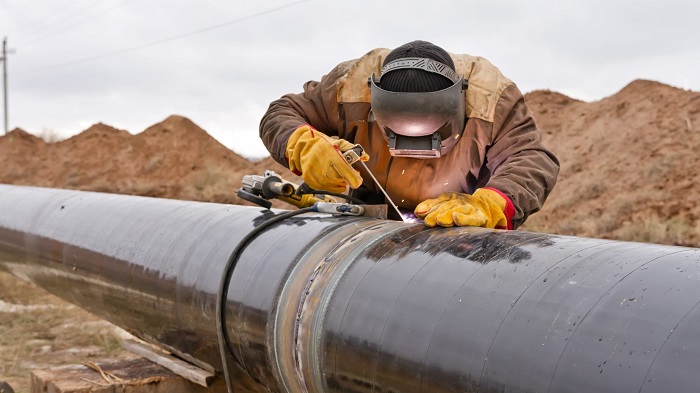 This was reported by the Azerigaz Production Association of the State Oil Company of Azerbaijan (SOCAR).

Due to repair work on November 28 and 29, gas transportation through the pipeline was temporarily suspended. Gas supply was restricted in Khizi, Shabran, Siyazan, Gusar, Guba and Khachmaz districts – both to settlements and non-residential areas.

Note that the Mozdok-Gazimammad gas trunk line was commissioned in 1981. Then the throughput of the gas pipeline was 10 billion cubic meters (bcm) per year. This gas pipeline supplied Russian gas to Azerbaijan. From the beginning of 1992 until October 2001, the pipeline was not operated.

When the gas pipeline was restarted, its annual throughput did not exceed 5 bcm. Since 2002, Azerbaijan received about 4 bcm of gas through it annually.

After the start of exploitation of a large gas field in the Caspian Sea, Shah Deniz, since 2007, Azerbaijan refused to import Russian fuel. The pipeline did not work again. Only in 2010, Azerbaijan began to export its gas to neighboring Dagestan through it. From 2013 to 2015, Azerbaijan irregularly imported small volumes of Russian gas.

In 2017, Azerbaijan imported 349 million cubic meters (mcm) of gas through the Mozdok-Gazimammad pipeline, and in 2018 – 998 mcm. Since 2019, Azerbaijan has dramatically increased the production of commercial gas, and will no longer need imported gas.

At present, this gas pipeline is used by the State Oil Company of Azerbaijan to supply consumers in the northern regions of the country.