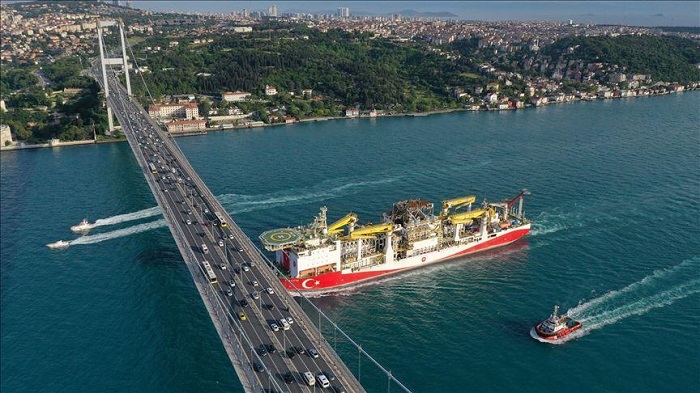 Turkey is about to revise up the estimate of its natural gas discovery in the Black Sea, Bloomberg reported on Friday, quoting sources with direct knowledge of the plans

In August, Turkey’s President Recep Erdogan said that the country had made a large natural gas discovery in its waters in the Black Sea. Back then, the estimate Turkey gave was of 320 billion cubic meters of natural gas and said this was its largest-ever gas discovery. Erdogan hailed the find as a historic find that would help Turkey’s energy security.

Turkey currently imports nearly all the gas it consumes.

Erdogan said in August he hoped that the Tuna-1 discovery could start producing gas as early as in 2023.

Now Turkey is said to be preparing to update as soon as next week the amount of gas after further exploration drilling is completed, Bloomberg’s sources said. The Turkish government is about to disclose a “sizable revision” to the initial estimate, they added.

Earlier this month, Turkey’s Energy Minister Fatih Dönmez said that Ankara plans to deploy a third drillship to explore for natural resources in the Black Sea, while tensions in the Mediterranean over Turkey’s gas drilling campaign seem to subside.

Turkey’s third drillship, Kanuni, will begin exploration in the Black Sea in early 2021 and will operate alongside the drillship Fatih, which made the Tuna-1 discovery.

Meanwhile, the European Union (EU) is trying to de-escalate the tension in the eastern Mediterranean, where Turkey has been drilling for gas.

Tensions between EU members Greece and Cyprus on the one hand, and Turkey on the other, flared up again in recent months after Turkey resumed drilling and exploration for oil and gas in the eastern Mediterranean in waters that Greece and Cyprus consider part of their territorial waters.

According to Refinitiv Eikon data reported by Reuters on Monday, a Turkish exploration vessel left the area in which it was operating off Cyprus and returned to Turkey’s coast—a move that the EU welcomed and said would ease the tensions in the eastern Mediterranean.