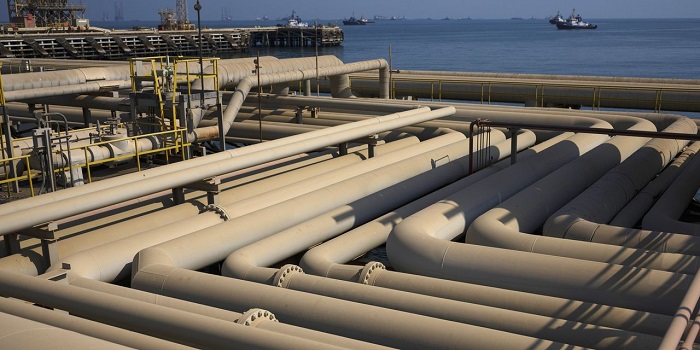 Saudi Arabia’s oil giant Aramco is in early talks to potentially structure a deal worth more than US$10 billion to sell a part of its pipeline business to asset managers, including the world’s biggest, BlackRock, sources with knowledge of the talks told Reuters

Through a potential sale of a stake in its pipeline infrastructure, Saudi Aramco could raise some much-needed cash. At the same time, its profits tumble with the low oil prices, and debts soar with the acquisition of petrochemicals giant SABIC. Aramco is now trying to contain the damage from the crisis while keeping the pledge to pay out annual dividends of US$75 billion to shareholders, the Kingdom being the largest of them.

The Saudi oil giant has cut capital expenditure (capex) and is reportedly looking at further cuts amid reduced cash flows and profits and mounting debt to levels above the company’s targets.

Aramco is now looking to optimize its portfolio and “squeeze” more value out of it, including by potentially selling assets, chief executive Amin Nasser told Energy Intelligence in an interview published last week.

“We’re going to do it right and will make sure what’s executed by this organization is in line with our long-term view — the strategy of retaining our core businesses in-house and what can be optimized with our partner,” Nasser told Energy Intelligence.

According to Reuters, a possible sale of a stake in Aramco’s pipeline business could emulate the deals that Abu Dhabi National Oil Company (ADNOC) has struck in recent months to monetize minority stakes in its oil and gas infrastructure.

In June, ADNOC announced a US$20.7-billion deal with six international companies for the acquisition of a minority stake in Adnoc Gas Pipeline Assets.

Under the terms of the deal, Global Infrastructure Partners, Brookfield Asset Management, Singapore’s sovereign wealth fund, the Ontario Teachers’ Pension Plan Board, Snam, and NH Investment and Securities will acquire a 49-percent interest in ADNOC Gas Pipeline Assets, a new subsidiary of the UAE’s national oil and gas company. The acquisition will give the buyers lease rights to 38 pipelines, but ADNOC will retain ownership of the assets and responsibility for capital expenditure plans.