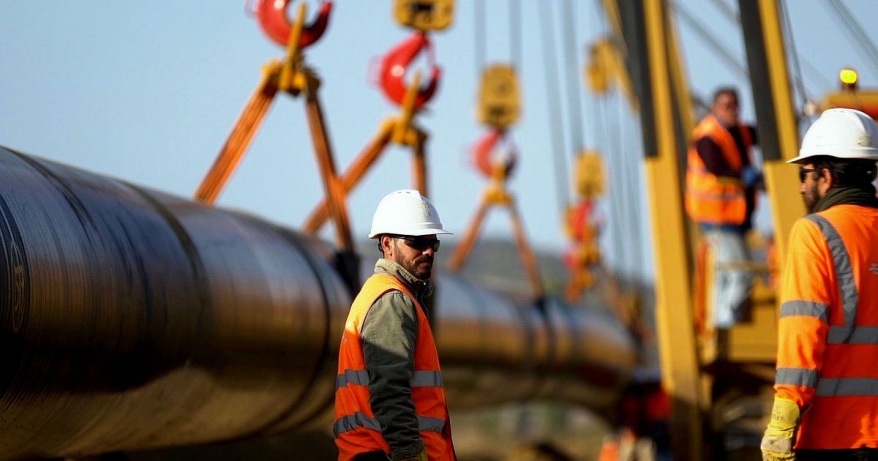 Almost five years have passed since the ceremony of starting the construction of the TAPI gas pipeline (Turkmenistan-Afghanistan-Pakistan-India), but there is a feeling that no special progress should be expected in this direction.

Then the official Ashgabat planned that the first cubic meters of the pipeline with an annual capacity of 33 billion cubic meters would already go to foreign consumers in 2019.

However, it is still not clear when Afghan consumers will receive Turkmen gas in general. In New Delhi, Islamabad, they only remember him – but nothing more.

The main reason for the long-term construction of TAPI is finance: everyone knows very well that there is no money for its construction. The Turkmen side covered 90% of the financial costs of construction, however, the sharp decline in energy prices since 2015 has put the entire economy of Turkmenistan in a difficult situation. Official Ashgabat sought funding from international organizations and a number of countries.

The situation was complicated by the fact that the interest in this project from Afghanistan and Pakistan has noticeably decreased, writes Azeri Daily.

It turns out that only Ashgabat needs a gas pipeline, which in this way would like to diversify its exports, that is, sell gas not only to China, which regularly took the lion’s share of what was produced in Turkmenistan in recent years. However, the Turkmen side was clearly not delighted with such a buyer, since Beijing took gas to repay loans already granted to Turkmenistan. The result of which was a paradoxical situation – a lot of gas was exported, but the money in the treasury was getting smaller.

TAPI was a very realistic option to improve the financial situation in Ashgabat, but it was here that a number of problems stood in its way. Foreign investors of the project behaved in full accordance with the expression “to promise money does not mean to give it”. Many promised, from the Asian Development Bank to Riyadh and the United Arab Emirates, but in reality no one has yet forked out.

Everyone has the same excuse – no one can guarantee the safety of the gas pipeline on Afghan territory. Which is absolutely true – neither the official Kabul, nor the Taliban movement, with which they also tried to agree on TAPI, have absolutely no personal interest in this project.

The opposing sides in Afghanistan are much more pleased with Tashkent’s proposal: to develop local gas reserves, which are not too significant, but the country’s current needs will fully meet. In addition, the Uzbek side clearly prescribed both Kabul and the Taliban their benefits from adopting just such a scheme.

As a result, for Afghans, TAPI turned into something pleasant as a topic of conversation, but completely optional for execution. Moreover, in March of this year, the Afghan side hinted that it was considering the issue of refusing to purchase TAPI gas, and intends to negotiate only on the transit of Turkmen gas through its territory.

And what is most unpleasant for Ashgabat is that Pakistan has adopted the same attitude. And although they are not as categorical as the Afghans, in any case, they do not refuse Turkmen gas, but the financing of the project has been frozen since the end of last year. And the other day they even stated that they do not intend to bear any responsibility for any gas losses during transit through the territory of Afghanistan. And they will only pay for the volumes that go to the Pakistani-Afghan border.

And, according to Islamabad, the Turkmen side should revise gas prices in the direction of their serious decrease, otherwise it is somehow not very profitable for the Pakistanis to buy it, it will be cheaper to purchase LNG, the infrastructure for receiving which in the port of Gwadar proposed to rebuild Beijing as part of a megaproject China-Pakistan Economic Corridor.

As a result, out of the other three project participants, Turkmenistan is doing well only with India. All the necessary infrastructure for receiving the TAPI pipe at the end point on the Pakistani-Indian border in the city of Fazilika has already been built, but there is absolutely nothing to attach to it.

And when the situation changes for the better – that is, investors will appear and the interest of Afghans and Pakistanis will revive – no one can say specifically. Different dates are flashing – 2023, 2025, or even 2030 in general, but all this is from the field of optional forecasts. The situation along the entire route of TAPI installation has changed rapidly, what was attractive and seemed profitable for 2015 looks completely different today. There are no objective prerequisites for the fact that serious money will come to the project from foreign investors, and the relevance of the gas pipeline for Afghanistan and Pakistan is in doubt. Until these obstacles are overcome, the TAPI project will remain a phantom that exists only in the media space.