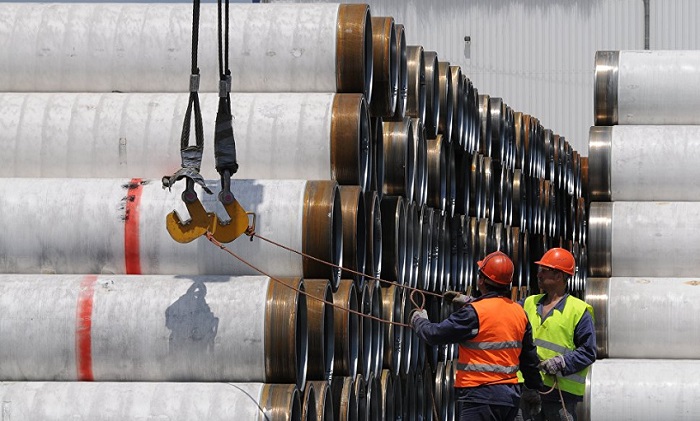 In the first half of the year Bulgaria became the most expensive transit country for Gazprom. The Russian company paid for actual transit and for transit reserved but not used, including via the Trans-Balkan gas pipeline from Ukraine.

In January-June, Russian gas supplies to Turkey, Greece and Macedonia through Bulgaria fell by 63.5%, but Bulgartransgaz’s revenues from international transit increased by almost a third – to $ 84 million.

These data are given in the semi-annual report of the Bulgarian gas transmission system operator.

The company indicates that in January-June 2019 gas transit amounted to 3.69 billion cubic meters, and in the first half of this year fell to 1.35 billion.

Whereas earlier Russian gas was supplied via the Trans-Balkan gas pipeline from Ukraine, then with the launch of the Turkish flow in January this year, Turkey dropped out of transit through Bulgaria, and Greece and Macedonia slightly reduced imports of Russian fuel.

According to EurAsia Daily, this situation with the change in the supply route not only did not reduce, but increased Gazprom’s expenses for transit through Bulgaria. Whereas in the first half of 2019 the Russian company paid Bulgartransgaz $ 64 million, this year it paid $ 84 million.

The proceeds from the transportation of Russian fuel accounted for 70% of all revenues of the Bulgarian operator. At the same time, the actual cost of transit (volumes delivered / payment) increased from $ 17.6 to $ 62 per thousand cubic meters. At these rates, Gazprom does not pay anyone – not even Ukraine, where the company chose 78% of the contracted volumes in the first half of the year, and the actual cost of transit was $ 40.