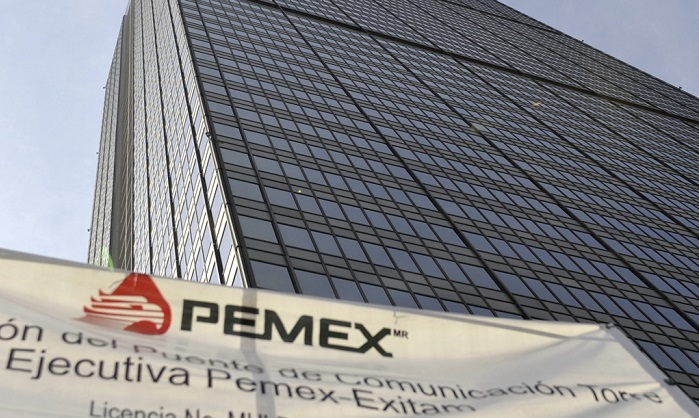 Mexico is likely to cut its crude production goal for 2021 after missing this year’s target, said a senior lawmaker from the ruling party, in a sign of continued trouble for the state-owned oil company and the country’s public finances.

The government’s preliminary 2.027 million barrels a day output goal for Petroleos Mexicanos next year is stretched, the lower house’s Budget Committee Chair Erasmo Gonzalez told Bloomberg News ahead of the government’s budget release next week. The company known as Pemex is still in position to increase its production from current levels after hitting in July its lowest output since October 1979, he said.

Despite being a priority for President Andres Manuel Lopez Obrador, Pemex produced on average 1.692 million barrels of crude a day between January and July, below the 1.83 million expected by the Finance Ministry. Together with lower selling prices, the production shortfall has slashed the government’s oil revenue to just 56% of its goal.

The government is finalizing the budget proposal for next year, to be handed to congress by Tuesday, trying to square plunging oil income, growing social spending demands and Lopez Obrador’s push for austerity. The importance of public health amid a severe Covid-19 outbreak makes the proposal very difficult to design, according to Gonzalez, whose committee will play a central role in approving it.

The budget will be “the most complex of the last nearly 100 years in the modern history of our country, due to a factor that we all know: the pandemic,” Gonzalez said in a video interview on Wednesday, adding that the government will probably boost spending on health care faster than on Pemex.

The producer was already struggling to reverse 15 years of oil output declines and reduce debt of $107 billion, the highest of any major oil company, before the coronavirus pandemic plunged oil prices to record lows in April. Its heavy tax burden, coupled with loss-making refining business and the project to build a new $8 billion plant in the president’s home state are adding to its woes.

Finance Minister Arturo Herrera had told lawmakers oil exports will be budgeted at about $40 per barrel, or around 22% less than in 2020, Gonzalez said, confirming a local media report.

The lawmaker, a member of the president’s Morena party, said he expects the Finance Ministry to lock in the nation’s oil revenue via its traditional annual hedge before the end of the year.

Gonzalez didn’t rule out Mexico reducing its fiscal deficit as the country resumes growth next year. Gross domestic product will climb 3.4% in 2021 after shrinking 10% this year, according to economists polled by Bloomberg.

Lawmakers aren’t looking to hike taxes to fund extra expenses and cuts are likely to be spread in many items instead of large reductions to any particular sector, Gonzalez said.

“We don’t have a new tax planned. There’s no initiative to increase existing ones,” he said.

Lopez Obrador has said the proposal will include more budgetary reductions overall.