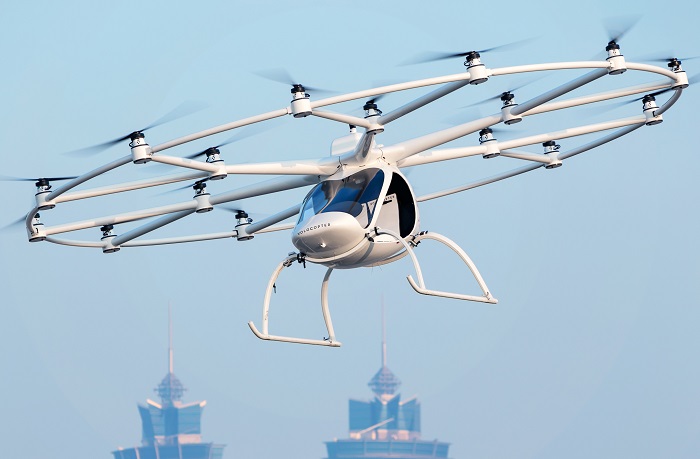 Like an elderly man wobbling into a party and trying to fit in with young kids by using “hip new lingo”, General Motors – days after seeing its partnership with Nikola come under fire – has now come out and said it is going to now be exploring options in the “aerial taxi” market.

This is, of course, a market that hardly exists. But it certainly sounds cool, doesn’t it?

GM will be looking at potentially building the “aerial cars” as part of a broader initiative looking for growth in related transportation markets, according to CNBC.

General Motors CEO Mary Barra alluded to the idea on Monday of this week, claiming that the production of such vehicles could fit with the company’s plans to develop electric vehicles and its Ultium electric battery. She said at the RBC conference: “We believe strongly in our EV future and not just for vehicles.”

She continued: “The strength and flexibility of our Ultium battery system opens doors for many uses, including aerial mobility.”

The news was also followed on Wednesday by GM announcing it would be building EV systems and motors in a push to vertically integrate itself with other automakers.

Air taxis are also called vertical take-off and landing (VTOL) aircraft. They use electric motors instead of gas powered jet engines and are designed specifically to avoid traditional runways. They fly shorter, low level routes and could alleviate congestion on roads in crowded areas.

GM’s push into the market is part of a broader plan to look at “other transportation markets for growth”. The company’s initiative is being headed up by Alan Wexler, who reports directly to Mary Barra.Perhaps he has noticed that competitor Hyundai has already teamed up with Uber in January of this year to develop electric air taxis. Hyundai has also pledged $1.5 billion to developing urban air mobility by 2025.

Toyota has also looked at the idea, entering into a $590 million investment round with air taxi startup Joby in January. Daimler and Geely have both invested in Volocopter, based in Germany.