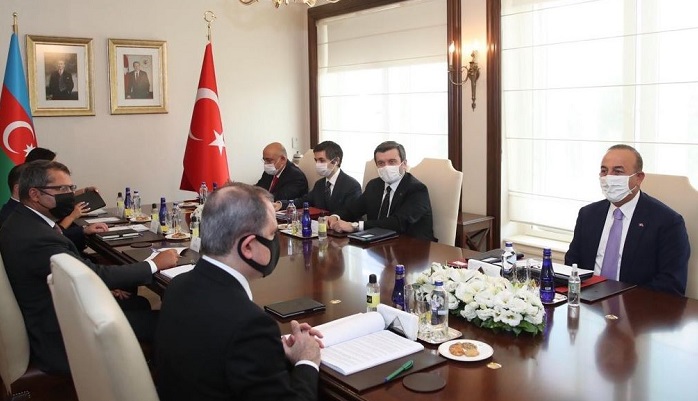 Turkey will increase the volume of purchases of Azerbaijani gas in the coming years, said the head of the Turkish Foreign Ministry Mevlüt Çavuşoğlu.

“Azerbaijan has already taken the first place in natural gas supplies to Turkey. In the coming years, we will increase the volume of gas purchases from Azerbaijan,” Çavuşoğlu said at a joint press conference in Ankara with Azerbaijani Foreign Minister Ceyhun Bayramov on Tuesday.

He said that along with the logistics projects implemented in the South Caucasus region with Azerbaijan, there are currently two more projects, the implementation of which is “very important”.

“The matter concerns the construction of the Kars-Nahçıvan railway and the Turkey-Nahçıvan gas pipeline. At the same time, the project providing for the supply of natural gas from Turkey to the Nahçıvan Autonomous Republic (NAR) of Azerbaijan is of great strategic importance,” Çavuşoğlu said.

As reported, Azerbaijan in March 2020 took the first position in gas supplies to Turkey and retained its leadership in April and May. There are no data for June yet.

Azerbaijani gas is supplied to Turkey only from the Shah Deniz field within the framework of Stage-1 and Stage-2 of its development. In 2019, supplies of Azerbaijani gas to Turkey amounted to 9 billion 584.78 million cubic meters (an increase of 27.3%).

The issue of building the Iğdır-Nahçıvan gas pipeline with a total length of 160 km (from Nahçıvan to the border with Turkey and from Iğdır to the border with Nahçıvan) was discussed on February 25 in Baku as part of Recep Tayyip Erdoğan’s official visit to Azerbaijan.

The President of Turkey stated that the implementation of this project will greatly facilitate gas supply to Nahçıvan.