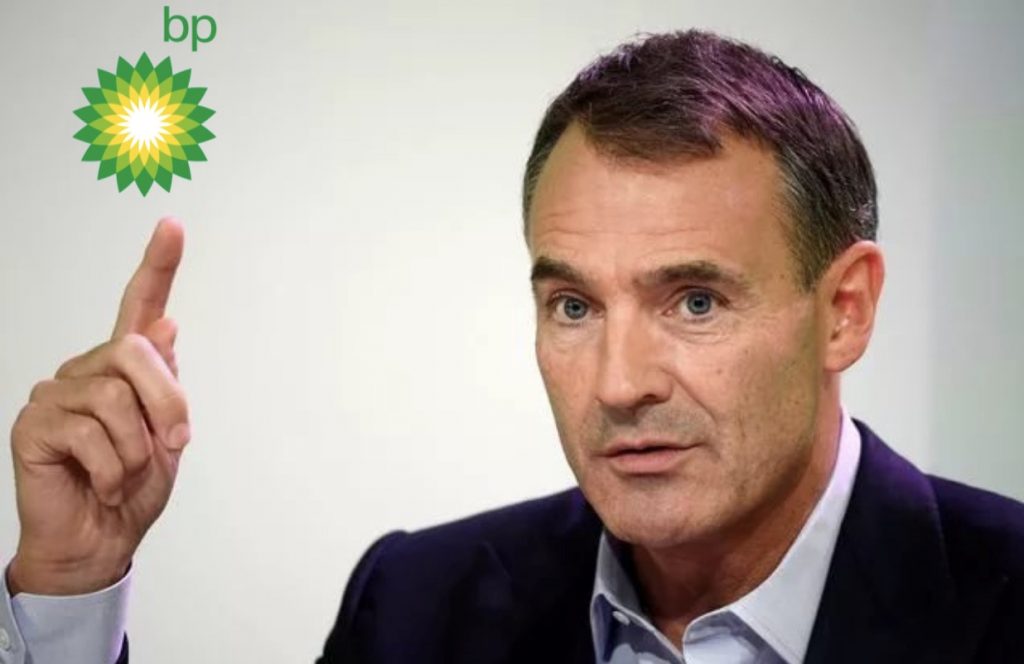 Bernard Looney will present his climate strategy in September

As Bernard Looney took to the stage in London in February to announce his plan to transform BP Plc for a low-carbon future, the U.K. capital confirmed its first case of Covid-19.

The oil giant’s chief executive officer couldn’t have known how the virus would shake the foundations of his industry: since the start of the pandemic, BP has said it will write off as much as $17.5 billion of fossil-fuel assets, slash 10,000 jobs and exit the petrochemicals business. And on Tuesday, it may announce the first dividend cut since the Macondo oil-spill disaster a decade ago.

But despite the pain for shareholders and employees, the crisis is giving Looney the opportunity to accelerate the big changes needed to fulfill his vision.

The global spread of coronavirus “only reaffirms the need to reinvent our company,” Looney now says. The pandemic has created a world that pumps less oil, gets more of its energy from renewable sources and emits less carbon dioxide — exactly what he says BP should do.

The measures BP has taken so far aren’t unique, either in the current slump or in the periodic downturns that have afflicted the industry over the decades. But there’s a symbolism that wasn’t there before.

Quitting a core business like chemicals is a good way to show that the future looks different. Taking an ax to billions of dollars of oil and gas asset values demonstrates that “you’re a company that believes this transition is going to happen and that the world will be on a 2-degree path,” Parker said.

Most importantly, the company is widely expected to follow Royal Dutch Shell Plc this week by cutting its dividend, potentially freeing up cash to invest in clean energy.

Difficult decisions like this have been made easier by the coronavirus crisis, according to JPMorgan Chase & Co.’s head of EMEA oil and gas, Christyan Malek.

“What you’re seeing BP do is getting its house in order” before announcing a detailed transformation plan in September, Malek said. “BP have been putting the building blocks in place — the impairments, the divestments. And we believe the dividend cut is the next building block.”

Reducing BP’s $8 billion annual shareholder payout would address the biggest unanswered question about Looney’s transition plan: Where is the money going to come from?

Even before the coronavirus lockdowns crashed energy prices, BP was saddled with more debt than any of its peers. Its gearing — the ratio of debt to equity — is poised to riseas high as 48%, according to RBC Capital Markets. That would be by far the highest in the industry, and could lead to questions about its credit rating.

While the measures Looney has taken so far may help him achieve BP’s long-term goals, in the short-term shareholders appear unimpressed. The company’s stock is down 42% this year, a steeper drop than the 37% decline in the Stoxx Europe 600 Oil & Gas index.

Without a detailed plan of how BP is going to become a clean-energy giant, the cost of the transformation remains largely theoretical. What’s clear, is that at the very least the oil major will have to boost spending on low-carbon fuels significantly from the current $500 million a year to billions.

The other route would be acquisitions, following on from its 130 million-pound ($170 million) purchase of U.K. car-charging company Chargemaster in 2018. Such assets typically have positive cash flow and can be integrated easily into oil majors’ portfolios, said Bruce Duguid, head of stewardship, EOS at Federated Hermes.

As Looney, 49, reshapes BP, doubts linger about the strategy. Sitting in the audience of the great unveiling in February was former CEO John Browne, who tried to steer the company into renewables in the early 2000s with the ill-fated “Beyond Petroleum” campaign.

“We moved too soon,” Looney said in a recent Instagram post. “We lost money on much of what we had built up.”

The key to success will be keeping investors on board. There’s strong support for BP’s overall change in direction, with shareholders voting overwhelmingly in favor of climate resolutions in 2019, according to Hermes’ Duguid. But it could be a painful journey, and there’s a risk shareholders have a change of heart if Looney does cut the dividend.

“You can use the macroeconomic backdrop as a way to justify the means, but you still need the end result to work,” said JPMorgan’s Malek.