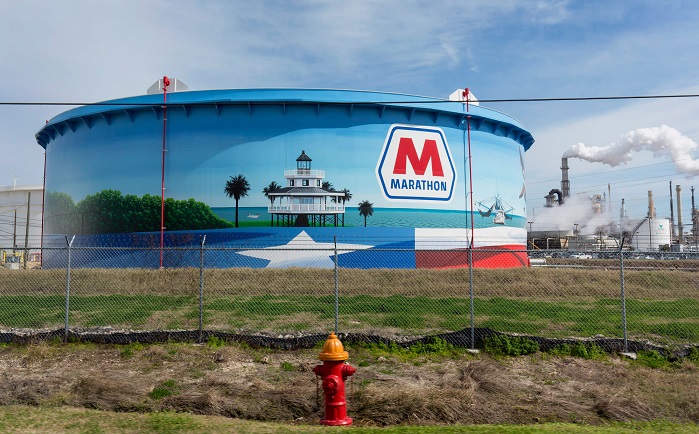 WASHINGTON (Bloomberg) –Marathon Petroleum Corp. is poised to claim a $1.1 billion tax refund due to the coronavirus stimulus law enacted in March.

That measure included a tax provision that allows companies to immediately deduct net operating losses and apply them to previous returns for five years from 2018, 2019 and 2020 — instead of only applying those deductions to future years. The benefit is supercharged because deductions taken before the 2017 tax overhaul can be claimed at the 35% corporate tax rate instead of the current 21%.

Companies across the spectrum, including retailers and renewable energy developers are taking advantage of the net operating loss provisions in the March stimulus law to claim multimillion-dollar refunds. But it is a particular benefit to oil companies that raked in record profits in 2018, only to be battered by this spring’s crash in crude prices and demand. Oil industry advocates stress that companies would much rather be scoring profits than claiming losses.

Marathon anticipates net operating losses this year and expects to carry those back, allowing it to also take advantage of the higher, 35% corporate tax rate in the process, Chief Financial Officer Don Templin told analysts and investors Aug. 3 on a conference call.

“We think that’s a good thing for MPC,” Templin said. “Our plan would be that we would work on getting our 2020 tax return filed as quickly as we could in 2021 to be able to effect that NOL carryback and the refund that would be associated with that.”

The Findlay, Ohio-based oil refiner previously estimated it would claim $411 million under the tax charge. Like other oil companies, Marathon has been battered by an epic downturn in fuel demand tied to the coronavirus pandemic, as states ordered businesses to halt operations and travel plummeted.

Marathon reported the estimate in its second-quarter filing earlier this month, and it was highlighted by Jesse Coleman, a senior researcher with Documented Investigations, a watchdog group.

“It’s a tremendous amount of money for a company that is shuttering refineries left and right and putting hundreds of people out of jobs,” Coleman said by phone.

Marathon reported a second-quarter loss of $868 million, excluding one-time items. The company now is evaluating its portfolio while shutting three of its refineries amid doubts that fuel demand can return to pre-pandemic levels this year.