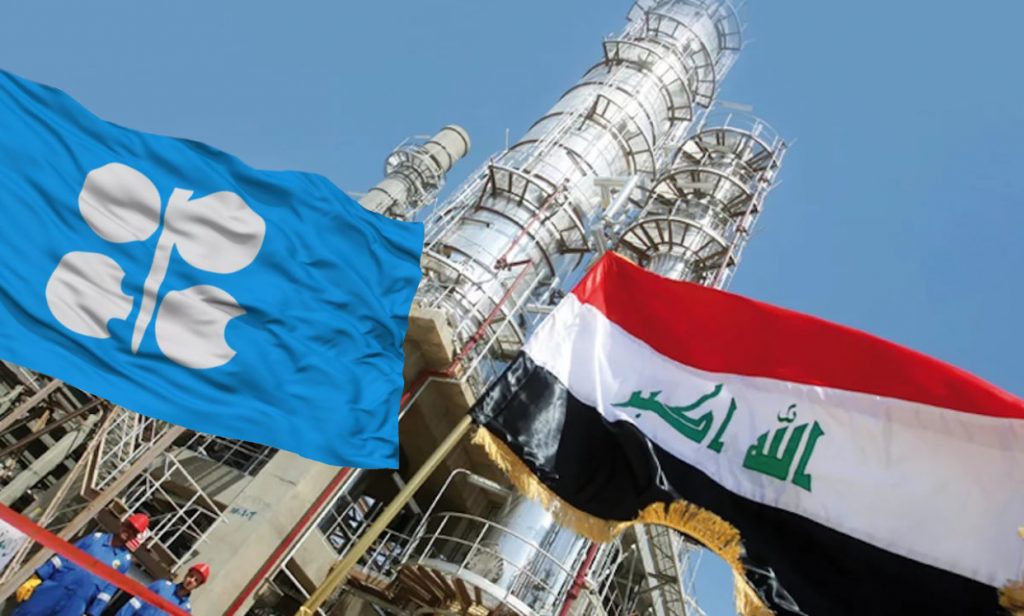 Iraq made its strongest commitment yet to implement deep cuts in crude production after the country’s oil minister and his Saudi counterpart held a phone call Thursday.

OPEC’s second-biggest producer — and a long-time laggard in meeting oil-output quotas — has faced mounting pressure to boost its compliance as the group’s patience wears thin. The country failed to meet its production-cut target in May and June, and removed just 11,000 barrels a day last month, according to tanker-tracking data compiled by Bloomberg.

The two countries issued a joint statement — a rare move until recently — in which Oil Minister Ihsan Abdul Jabbar pledged that Iraq will cut output by an extra 400,000 barrels a day in August and September. That’s on top of a previous commitment to slash 850,000 barrels a day in each month. He spoke to Saudi Energy Minister Prince Abdulaziz bin Salman late on Thursday.

Delivering these “compensation cuts” would assign Baghdad a target of 3.4 million barrels a day for this month and next, well below the 3.79 million that a Bloomberg survey estimates it pumped in July.

“The two ministers stressed that efforts by OPEC+ countries towards meeting production cuts and the extra cuts under the compensation regime will enhance oil market stability, help accelerate the rebalancing of global oil markets and send a constructive signal to the market,” the joint statement read.

The Saudi-Iraqi phone call was followed hours later another wider conference call involving the oil ministers of United Arab Emirates, Kuwait, Oman, Bahrain and Saudi Arabia and Iraq. After the conference call, the ministers issued a statement saying the saw “encouraging” signs of recovery in the global economy and commended “the efforts taken by countries all over the globe to reopen their economies in a safe way.”

The Organization of Petroleum Exporting Countries and its allies have been making record production cutbacks to offset the loss in demand caused by the coronavirus crisis. The strategy has paid off, tripling crude prices from the two-decade low struck in late April to about $45 a barrel.

However, compliance with pledged cuts has been mixed among the coalition’s 23 members, with countries like Saudi Arabia making extra curbs and others such as Iraq and Nigeria trailing in their commitments.

Iraq has chafed against the quotas set by OPEC+ over the past few years, contending that it should have remained exempt while rebuilding its economy and oil industry following decades of conflict and sanctions.

The financial strains it faces at home have been underscored again this summer, as the government’s failure to provide adequate electricity supply while temperatures hit searing records drives street protests in Baghdad.

Key OPEC+ ministers will hold an online meeting to review their strategy on Aug. 18. The issue of poor compliance has dominated recent gatherings, and even prompted sharp rebukes from the Saudis, according to delegates.