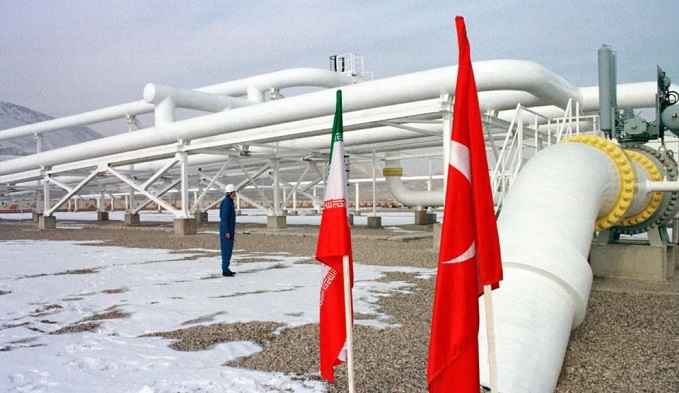 The Turkish Energy Market Regulatory Authority (EMRA) reports that in the second quarter of 2020, the country did not receive any natural gas from Iran.

At the end of March, the separatist left-leaning Kurdish party, PKK, blew up the Iran-Turkey natural gas pipeline, but unlike previous cases Ankara delayed repairing the pipeline for three months. Therefore, it did not receive gas from its eastern neighbor.

Turkey used to repair the damaged gas pipeline within a week in similar cases in the past. This time, however, it took until early July for Iranian gas to flow into Turkey again.

A report by the Turkish Statistics Center also shows that the country’s total imports from Iran in the first six months of the year were $468 million, an eight-fold drop compared with about $3.7 billion in the same period last year.

Azerbaijan’s share in the Turkish gas market has doubled in the last three years, Russia’s share is less than half, and Iran’s share almost halved. This is potentially a big help for Azerbaijan’s economy at a time of low global energy prices. Turkey and Azerbaijan have a special relationship in the region.

Turkey has also doubled its imports of liquefied natural gas from the United States to nearly 885 million cubic meters.

Iran is normally Turkey’s second-biggest supplier of natural gas after Russia. Turkey’s state gas importer, Botas, imports up to 9.6 Bcm/year of Iranian gas via the pipeline under a 25-year contract, which runs to July 2026. Turkey uses Iranian gas for electricity generation.

Turkey says its largest-ever natural gas discovery in the Black Sea could lead to a new cooperation with Iran even as Ankara aims not to remain a mere buyer, but it also seeks to become a producer.

“The countries we have been cooperating with for years are Iran and Russia. This new period for Turkey may lead to a new cooperation with these countries,” Turkish Finance Minister, Berat Albayrak, told the local NTV last Tuesday.

Turkish President Tayyip Erdogan said August 28 Ankara was determined to ultimately become a net energy exporter as he announced the discovery of a 320 billion cubic meter natural gas field come on stream as soon as 2023.