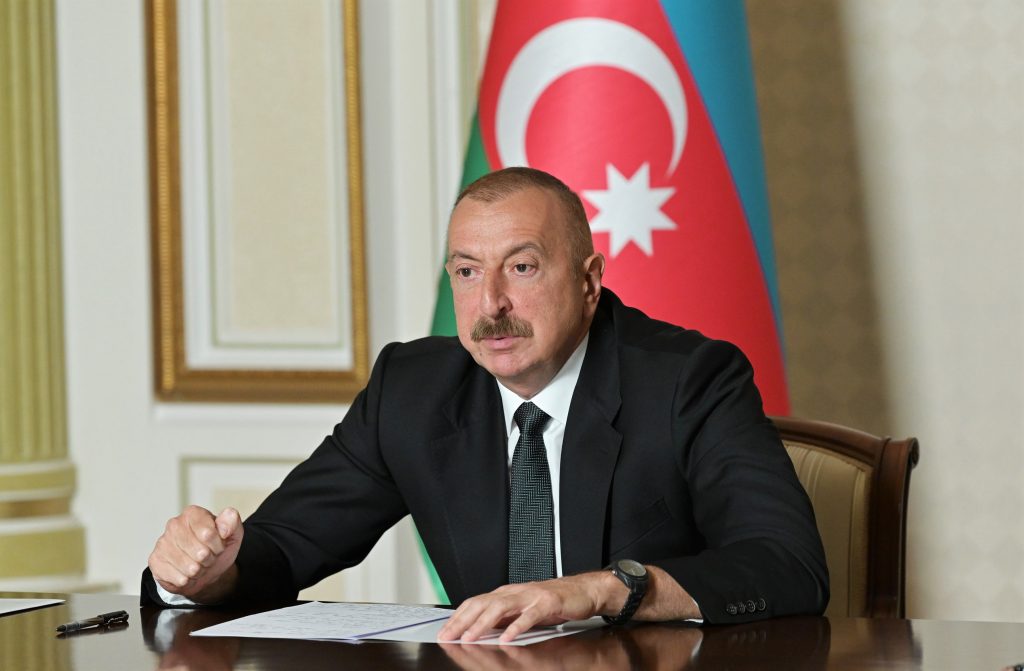 “State-owned companies are pulling our economy down. If you compare taxes paid by state-owned companies and subsidies allocated to them and direct investment, the difference will be obvious. In developed countries, some strategic directions are supported and subsidized by the state. However, in many cases all economic relations there are based on the principle of a market economy. Very serious steps must be taken in this direction. The work of state-owned companies should be seriously analyzed and a new management system should be created, “Aliyev said on Thursday at a meeting on measures taken to combat the spread of the coronavirus pandemic and the socio-economic situation in the country, held in a videoconference format.

According to him, the relevant structures have already prepared a package of proposals.

The head of state instructed the government “in the coming days to submit the necessary documents related to the new management system of state-owned companies.”

“Losses in state-owned companies are quite large. Our gas losses, however, have recently decreased, but they are still high … If there are losses in the private sector, this enterprise will go bankrupt and close its business. But state-owned companies are accustomed to the fact that all their shortcomings and losses will be covered by the state. Even gasification in our country is carried out at the expense of the state budget. However, this is the direct responsibility of the State Oil Company. This year, the state budget envisages 100 million manats for gasification of villages. If the state is doing this, then what is the State Oil Company doing? In the end, this is her job, “Aliyev added.

“The situation in the Caspian Shipping Company is better than in other state-owned companies. We are currently building several ships. We do this at the expense of the state budget, and then we give them to the Caspian Shipping Company. They are being exploited, but is the money being returned? This is a big question. How much money is allocated to Azerenerji? True, a lot of work has been done, stations and substations are being built, the Mingachevir CHP has been almost reconstructed. But where does the money come from? From the state budget. Today the main source of the state budget is the oil and gas sector. All AZAL aircraft were purchased by the state. All airports were built by the state. What is the benefit of the state? These planes have been purchased and are being operated. Where does the income come from? When it is repaid, will it be necessary to repay the loans through a government guarantee? The same is in AZD. New lines are being built, new wagons and new locomotives are being purchased, and hundreds of millions of manats are allocated. But where is the effect? After all, everything should work effectively, “Aliyev said.

Why did the President of the country suddenly declare the ineffectiveness of state capitalism and decide to apply a new management system in state-owned companies in Azerbaijan? After all, all the time such management was encouraged and from the high tribunes of the state it was argued that the private sector is not able and cannot be compared with state-owned companies in the implementation of large projects, especially of national importance. The answer is unequivocal – the state no longer has the income that it had before and the state finally realized – in the future it will not have that much capital.

According to the Turan agency, the peak of Azerbaijan’s oil revenues took place in 2011, when in the country’s Oil Fund as a whole receipts amounted to $ 19.8 billion, of which about $ 19.4 billion were oil and gas revenues. This year, oil and gas revenues will be about $ 5 billion. In the coming years, they may grow to $ 7-8 billion. At the same time, the national debt of the country is at the level of about $ 10 billion.