Azerbaijan
-138 min. ago-Deliveries of Azerbaijani Oil to France Decreased by 6 Times in 9 Months of 2020
-132 min. ago-LUKoil Wants to Integrate into New Offshore Projects in Azerbaijan
2 days ago-Processing Volumes in Azerbaijan Slightly Decreased
4 days ago-How Much Azerbaijani Gas Will Be Transported via TANAP in 2021?
1 weeks ago-More Than Half of Exploration Well Drilled in Shafag-Asiman
Kazakhstan 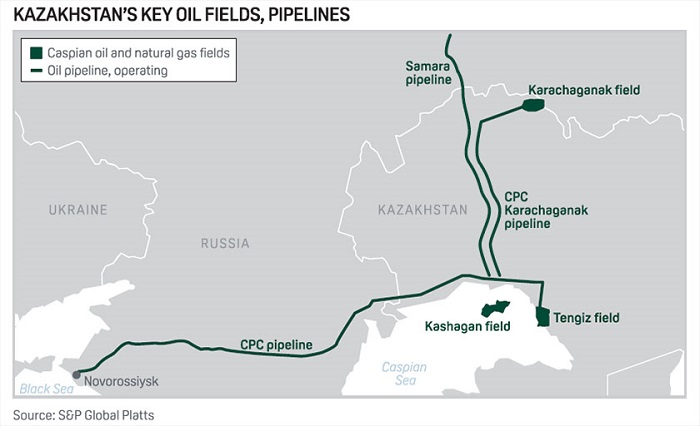 The Caspian Pipeline Consortium (CPC) in the second quarter of 2020 sent about $ 327 million to repay debt to shareholders.

In the quarterly report of Transneft, which is one of the consortium’s shareholders, it is reported that in the second quarter CPC paid $ 46.7 million to the Russian Federation, as well as $ 23.5 million to the CPC Investments Company. Thus, the total payments during this period could have amounted to $ 327 million, Interfax believes.

The head of the company, Nikolai Gorban, announced that the consortium intends to pay off the debt to shareholders by the end of 2020 and after that start paying dividends.