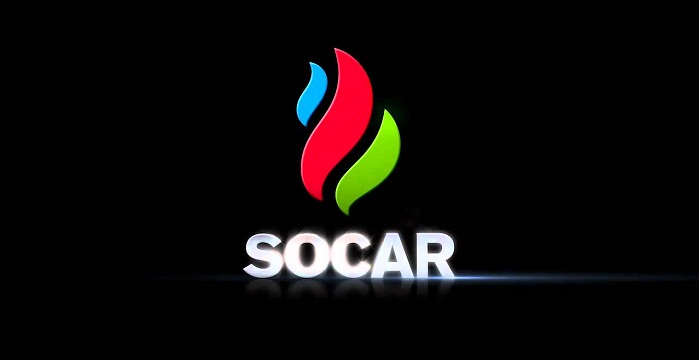 Like other commodity export dependent nations around the world, Azerbaijan has seen its economy suffer from the lockdown effects of the global coronavirus pandemic, particularly its oil and gas sector. The World Bank now forecasts the country’s economy to contract by 2.6% this year – a figure revised from the original estimate of 2.3% predicted growth. Despite the fact that Azerbaijan is expected to rebound slightly in 2021 with 2.2% growth in GDP, this may be the time for the government to act swiftly in restructuring the economy.

Azerbaijan derives 40% of its total gross domestic product from oil and gas, which accounts for two-thirds of the government’s budget revenues and over 80% of export revenues. Earlier this month the government was forced to redraft its budget to reflect oil prices of $35 per barrel, down from $55.

During an August 6 government session adjourned to discuss the country’s declining economic situation, the country’s President Ilham Aliyev criticized the state-owned oil and gas giant SOCAR for wasteful spending and for tapping the state budget rather than its own revenues to implement projects saying:

“Even extending gas lines to homes is financed from the state budget in our country. However, this is a direct responsibility of the State Oil Company [SOCAR]. This year, we have envisaged 100 million manats [$58.8 million] in the state budget for [gas lines to be extended to] villages. If the state does all this, then what is the state company doing? After all, this is its job and its duty.”

In his public address the President followed by calling for the privatization of the oil and gas giant, along with other state-operated monopolies across different industries. He went on to criticize the mismanagement of Azerbaijan’s electricity provider AzerEnergy, the Caspian Shipping Company, Azerbaijan Railways and Azerbaijan Airlines – all with concerning short and long-term debt obligations

The President knows his subject matter well: prior to his 17 years as head of state, Aliyev was Vice President of SOCAR and oversaw an increased cooperation between the company and Western oil giants through production sharing agreements during his 10-year tenure.

But the president’s harsh words for SOCAR’s inefficiency and mismanagement may have arrived years too late. Gubad Ibadoglu, an Azerbaijani economist at Rutgers University, projects that the company could go bankrupt as early as 2023 if serious structural challenges are not made immediately. The privatization of such large and established state owned companies is no easy task, however.

To varying degrees, most post-Soviet nations have adopted a strategy to privatize their formerly state-owned assets. Russia famously embarked on a mass privatization strategy in the mid-1990s, which has been reversed in the past two decade under President Putin. Ukraine has struggled with liberalizing its state-owned properties in several waves within the last two decades – particularly in the electricity, metallurgical, and telecom sectors with mixed results.

Most importantly for Azerbaijan, its neighbor across the Caspian Sea – Kazakhstan – is implementing a privatization campaign to reform the major players of its post-Soviet economy. The program began in earnest in late 2018, when Kazatomprom, the world’s largest uranium producer became the first large Kazakhstani corporation to list an IPO since 2008. Kazatomprom offered 15% of its shares on the London Stock Exchange, as well as the Astana International Exchange, and raised $451 million.

The hydrocarbon giant KazMunayGaz and Kaztelecom were scheduled for AIFC privatization for 2020, but the COVID pandemic shifted the IPOs to 2021. Some 90% of the KazMunay shares are managed by the National Welfare Fund “Samruk-Kazyna” and 10% of KMG shares belong to the National Bank of the Republic of Kazakhstan. The combined values of Kazakhstani companies that are scheduled for the AIFC float before 2030 are in the tens of billions of US dollars.

The post-soviet economic restructuring lessons learned in Kazakhstan should be of great interest to President Aliyev.

Aiming to benefit from its geographic location between Europe, Russia and East Asia, and to attract foreign finance, Kazakhstan launched its financial hub, the Astana International Financial Center (AIFC) earlier in 2015. By June 2020, the financial hub has attracted 500 corporations from 35 countries around the world. Despite the coronavirus outbreak of the first half of the year, the AIFC was able to register another 122 companies, 70 of which joined during the government-imposed lockdown measures and the corresponding drop in financial activity worldwide.

Under the umbrella of the Astana International Financial Center, Kazakhstan is able to inspire investor confidence through the operation of AIFC Court, based on English Common Law and in English language enabling a flexible and transparent approach to resolving corporate disputes.

Market liberalization, privatization, transparency, the rule of law, and especially the use of English Common Law, were able to transform such nations as Taiwan, Singapore and Hong Kong into some of the world’s most dynamic economies, simultaneously lifting millions of their citizens out of poverty. Such an approach is likely to work for the formerly socialist countries of Kazakhstan and Azerbaijan and to other petrostates as well.

Azerbaijan could draw significant benefits from this strategic course. The government of Azerbaijan still retains a significant stake in such monopolies as Azerbaijan Airlines, Aztelecom, Azerenergy, Azercosmos, Baku Metro. In May 2019, Azerbaijan’s State Committee on Property listed a total of 98 enterprises that are designated for privatization in the coming years, but the process is very slow.

These corporations should look up to the Astana International Financial Center and other capital markets, and achieve better governance through attracting foreign investment. More competition between market players and better corporate governance will benefit consumers, increase the tax base,  and create well-paying jobs in the medium-to long term.