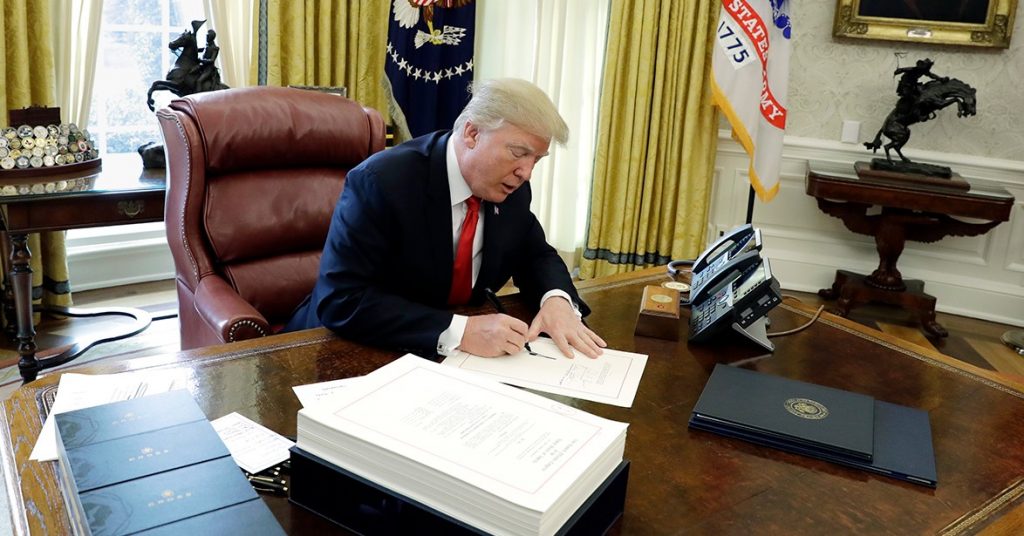 President Donald Trump has nominated two candidates for the vacancies at the Federal Energy Regulatory Commission that have remained unfilled for two years now—and the nominations are not just Republicans.

The Hill reports that Trump made the nominations in response to growing pressure from the Democratic Party to maintain the bipartisan makeup of the FERC after two years of it operating with three Republican members and one Democrat member. The five-member body is not supposed to have any more than three same-party members, and while this has been maintained, it has only had four members instead of three.

“In a political climate that is often paralyzed by partisanship, a bipartisan FERC is more essential than ever. I thank the President and the White House for nominating both a Democrat and Republican today because it is an important step towards restoring a fully seated Commission,” The Hill quoted Joe Manchin, member of the Senate Committee on Energy and Natural Resources, as saying.

An earlier nomination made by Trump to fill the position of late FERC chairman Kevin McIntyre was returned to the White House after the Senate failed to confirm or reject it. The newest member of the Federal Energy Regulatory Commission, James Danly, was only confirmed this March. This happened despite Democrats’ insistence that Danly’s confirmation be combined with a confirmation for Clements, their preferred candidate.

Now Bloomberg notes that the two new FERC members may not be confirmed before 2021 because of the tight schedule of the Senate. The Senate only has 55 working days left until the end of the year, and there remains a lot of pandemic-related legislation to discuss and decision render. In this context, the confirmation hearings of the candidates are unlikely to be a priority. If the Senate session ends without confirmations for Clements and Christie, their nominations will need to be resubmitted next year, leaving the FERC lopsided in the near term.