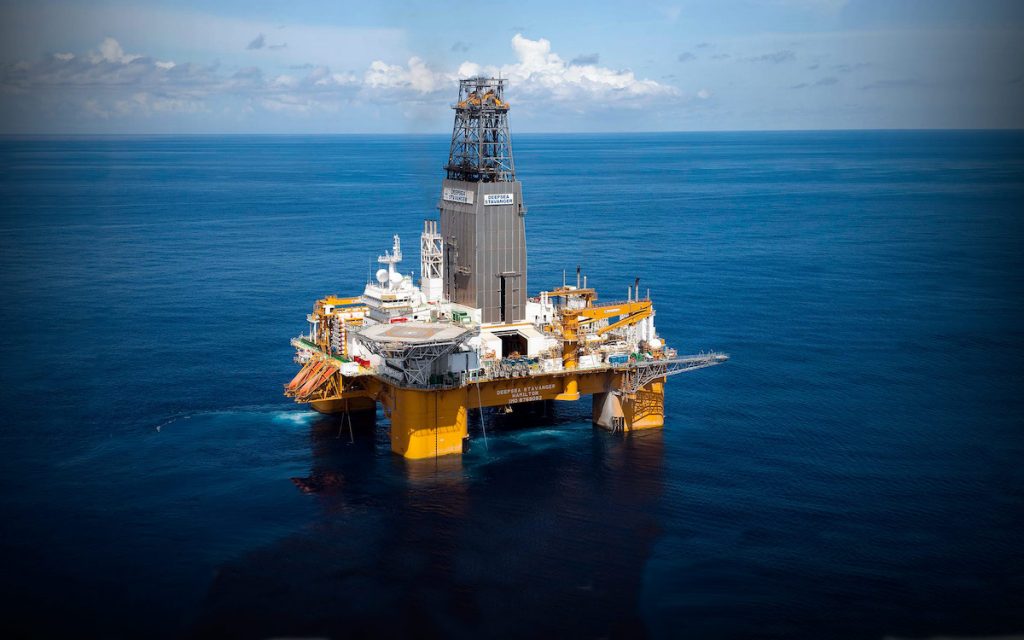 Total SA has deployed a rig to South Africa to look for more oil near a massive discovery, in a rare example of exploration in a frontier area.

The Odfjell Deepsea Stavanger has left Bergen in Norway for the southern tip of Africa, Africa Energy Corp., Total’s partner in the project, said Thursday. While drilling work has dropped off dramatically everywhere, with rigs in Africa falling by a record in May amid the oil-price collapse, the existing discovery gives the companies hope there’s more oil to be found in the area.

Total, which operates Block 11B/12B with a 45% stake, made the estimated 1 billion barrel Brulpadda find in February 2019. The deposit of primarily gas-condensate — a light liquid hydrocarbon — was drilled about 175 kilometers (109 miles) off South Africa’s southern coast. Africa Energy holds a 49% stake in Main Street 1549 Proprietary Ltd., which has a 10% interest in the block.

The partners are planning to drill a well in the Luiperd prospect in water depths of as much as 1.8 kilometers by September, Africa Energy Chief Executive Officer Garrett Soden said in a statement. The prospects in the area have improved following the nearby Brulpadda discovery and other seismic work, he said.