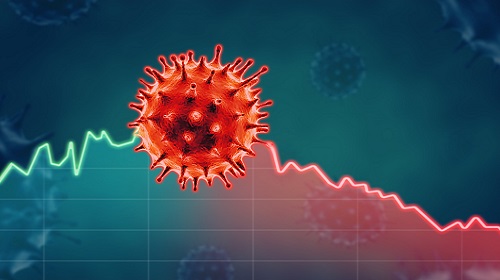 Oil demand in 2020 could lose an additional 2.5 million barrels per day (MMbpd) in a second Covid-19 wave scenario, according to Rystad Energy.

The company outlined that a second wave of the pandemic is already “increasingly apparent” in several countries, including the United States. Modelling the effect of an even wider second wave, Rystad revealed that demand could tumble to 86.5MMbpd from its current base case estimate of 89MMbpd.

Although Rystad outlined that it doesn’t expect the oil demand impact of a second wave to be as strong as the first outbreak as it sees restrictive measures being limited to particular regions and sectors, it still warned of a peak month demand impact of -18MMbpd in a second wave. The most severe month for negative demand impact as a result of the first wave was -26MMbpd back in April, Rystad highlighted.

If the second wave materializes, global oil demand will recover much slower in 2021, according to the company. It will land between 4MMbpd and 5MMbpd lower per month than it would under Rystad’s current base case and drag the pandemic’s market effect further in time, the company predicted.

An unexpected dip of any magnitude in demand will “send the oil price into a tailspin” Rystad noted, adding that the market’s storage “headache” will greatly worsen if there is a second wave.

“A significant oil price boost cannot occur until the massive crude stock builds of recent months are neutralized,” Rystad said in a company statement which was sent to Rigzone.

“This means that oil prices will continue to carry considerable downside risk as long as the supply and demand dynamics are moving in opposing trajectories – with supply up and demand down. A second wave of the virus would prolong the timeline these products sit in storage, and signal to refineries to pull back,” Rystad added.