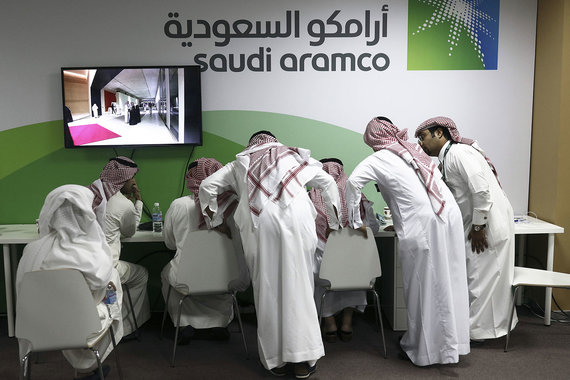 DUBAI (Bloomberg) – Saudi Arabia raised pricing for August oil shipments to Asia, the U.S. and northern Europe amid signs that energy demand is continuing to recover from its coronavirus-triggered collapse.

The move comes as the world’s biggest crude exporter pushes other major producers to join it in cutting supply to re-balance the market.

State producer Saudi Aramco lifted the official selling price for flagship Arab Light crude to customers in Asia, its biggest market, for a third-straight month, though by less than traders expected. The grade will sell in Asia at $1.20 a barrel above the Middle East benchmark, compared with a $0.20 premium for July, the company said in a statement. Traders and refiners, who are struggling to deal with low margins, expected the premium to climb to $1.45, according to a Bloomberg survey.

Aramco increased all its grades to Asia by $1 a barrel for August. It raised U.S. pricing by between $0.20 and $0.40, with the Light grade hiked by $0.30 to a premium of $1.65. Prices for most grades sold to northwestern European customers — the main hub for which is Rotterdam — were also increased. The only region to see cuts was the Mediterranean, where Aramco reduced prices by as much as $1 a barrel.

Saudi Arabia and Russia have led the OPEC+ cartel’s push since last April to reduce crude production and drain stockpiles. The group agreed in June to extend cuts totaling nearly 10 million barrels a day — roughly 10% of world supply before the pandemic hit — for a third month until the end of July. They plan to scale them back after that.

OPEC+ is “on the right track” but still has “a long way to go” before re-balancing oil markets, Saudi Energy Minister Prince Abdulaziz bin Salman said in mid-June. The Saudis slashed their crude shipments in June to a multi-year low, according to Bloomberg tanker tracking.

Brent crude has more than doubled since OPEC+’s April agreement to around $43 a barrel. The global benchmark is still down 34% this year.