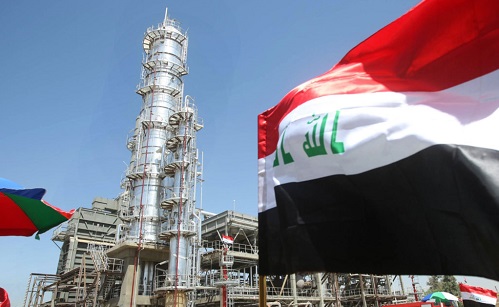 Iraq is looking to attract investment from Saudi Arabia in one of its natural gas fields, Iraqi Deputy Prime Minister and Finance Minister, Ali Allawi, told Bloomberg, while OPEC’s second-largest producer looks to be seriously trying to comply with the OPEC+ production cuts.

Iraq is seeking Saudi investment in either the Akkas or the Mansuriya gas field, Allawi told Bloomberg in an interview published on Wednesday.

“Saudi Arabia has a high readiness to back our energy projects,” the Iraqi minister said.

“At the end of the day, they will pick one field. They are also interested in solar energy,” Allawi added.

Saudi Arabia will not be providing support to the Iraqi budget, Allawi told Bloomberg.

Iraq is also in “intensive” talks for a loan from the International Monetary Fund (IMF), minister Allawi told Bloomberg.

Pressured by the OPEC+ leaders Saudi Arabia and Russia, Iraq – which has been the least compliant member of the coalition – has promised to compensate for the loose compliance in May and June with deeper cuts in July and the following months.

By the middle of June, Iraq had made significant cuts in its crude oil exports in a move suggesting that it was improving its compliance with the record production cuts.

For the full month of June, Iraqi oil exports dropped by 310,000 bpd, or by 9 percent, according to Reuters estimates of loading data and industry sources. This decline in crude oil exports last month points to Iraq delivering three-fifths of its share of the cuts, Reuters has calculated.