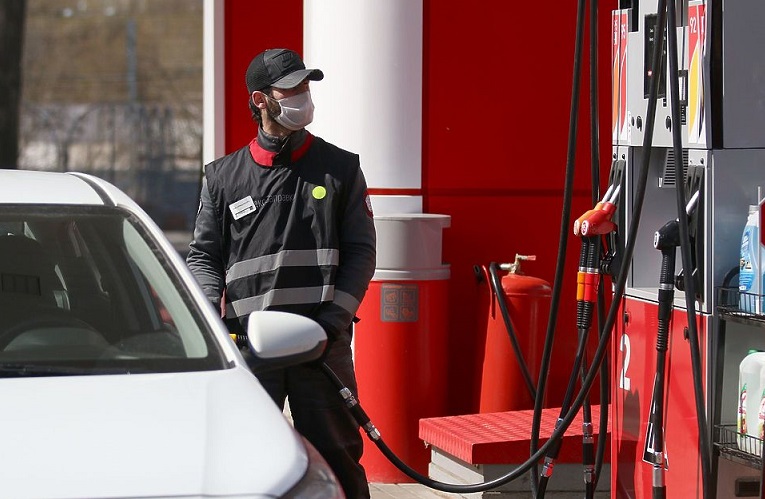 Following the results of January-June 2020, fuel (gasoline and diesel fuel) was sold to consumers in Azerbaijan through the retail network for a total of 988.1 million manats.

According to the monthly report of the State Statistics Committee of Azerbaijan, revenues from sales of motor gasoline and diesel fuel amounted to 5.4% of retail turnover or in the amount of 988.1 million manats ($ 581 million at the current rate).

According to the ministry, compared to the same period last year, revenues from sales of gasoline and diesel fuel decreased by 0.2%.

The facts of the government are not convincing. It turns out that during the quarantine period, when the movement of citizens is limited (in Azerbaijan, educational institutions, preschool courses, all educational courses have been suspended since March 3, and since the beginning of April the country has been in a strict quarantine regime, public transport does not work at all on weekends, intercity transport for the fourth month it has not been working, and the traffic intensity has decreased to a minimum, in the capital itself without SMS permission for 2-3 hours it is not allowed to leave the house, cafes, restaurants, shopping centers, entertainment facilities do not work, companies in offices have reduced the number of working staff by 50% regardless of ownership, etc.), and in normal times there is no difference for fuel consumption in our country. It should also be noted that in Azerbaijan in the first half of this year twice – in March and May, prices for high-octane gasoline decreased.

Table of gasoline and diesel fuel consumption through the retail network (in million manats):

If we proceed from the data of the State Statistics Committee itself, it turns out that in the current year the lowest consumption of auto fuel was in April. It is logical and true, because the number of cars on the streets was really minimal in April.

However, this is no longer logical when the State Statistics Committee wants to prove that almost as much hot food was consumed in April 2020 as in April 2019 – when there were no traffic bans. Where is the logic? Besides, how could you consume more in May and June of this year than in the same months last year?

After all, now it is quarantine, and even between the cities of the country the movement is limited.

* Currently, the retail price of AI 92 gasoline is 0.9 manats ($ 0.53) per liter, diesel fuel – 0.6 manats ($ 0.35) per liter. High-octane gasoline makes up only 5% of the consumed volumes of gasoline in the country (about 1.3 million tons). Diesel fuel, according to the State Statistics Committee, in Azerbaijan in 2019, about 0.9 million tons were consumed in vehicles.