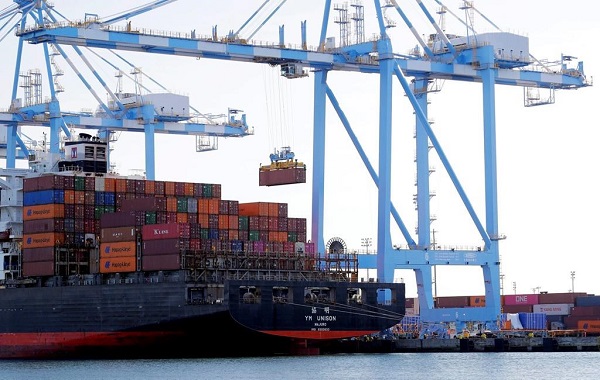 U.S. trade deficit in goods unexpectedly widened in May versus forecasts for a narrower deficit, due to what analysts saw as a slide in exports mostly driven by oil.

The U.S. international trade deficit in goods was US$74.3 billion in May, up by US$3.6 billion from US$70.7 billion in April, the U.S. Department of Commerce said in its advance estimate on Thursday.

Analysts had expected that the deficit in May would shrink from April. Economists polled by MarketWatch had predicted a deficit of US$66.5 billion, while the median forecasts from the consensus were for a US$68.3 billion deficit, according to ShareCast.

Exports of industrial supplies, which include crude oil and petroleum products, dropped by 11.8 percent month on month in May to US$29.9 billion.

“We’ll need to wait for the full report, though, to see if the oil numbers accounted for the all the shift. Ex-industrial supplies, exports and imports fell by 2.5% and 3.1% respectively, so the deficit dipped slightly,” Ian Shepherdson at Pantheon Macroeconomics told ShareCast.

According to Commerce Department data, U.S. exports of crude oil in April – when oil prices hit their lowest in years – plunged to US$3.205 billion from US$5.185 billion in March.

Due to the Saudi-Russian oil price war in March and the lockdowns around the world to contain the COVID-19 pandemic, oil prices crashed in early March and continued sliding into April, even after Saudi Arabia and Russia decided to work again as OPEC+ to fix global oil supply and prices as demand was being crushed. WTI Crude even plunged into negative territory one day in April, a day before the front-month contract expired.