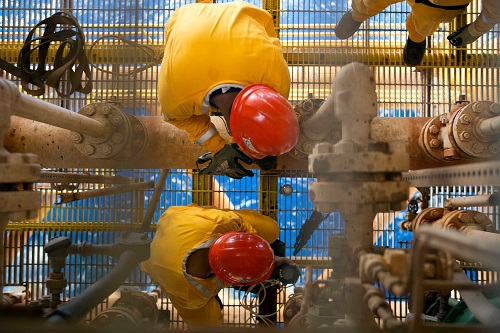 “American companies have invested billions of dollars in Mexico since 2013, primarily in storage, pipelines, and marketing infrastructure,” Chet Thompson, president of the American Fuel and Petrochemical Manufacturers (AFPM), wrote in a letter to President Trump this week, as carried by Houston Chronicle.

“Unfortunately, recent actions taken by the Mexican government threaten the important progress that has been made,” the letter says.

Mexico’s populist left-wing President López Obrador has been a vocal critic of the energy reform of his predecessor Enrique Peña Nieto, who opened in 2013 Mexico’s oil and gas sector to private investment for the first time in seven decades.

Six months after taking office in December 2018, López Obrador blasted the energy reform as “a failure” and vowed not to hold new bidding rounds for foreign oil companies for oil exploration and production in Mexico unless those companies show results because currently, they are not investing and not producing.

López Obrador seeks a greater role for Pemex in reversing the downward trend in Mexican oil production and is criticizing the energy reform and the foreign oil firms for failing to do so.

But U.S. firms have invested in Mexico’s oil industry, and U.S. exports of crude oil and petroleum products have more than doubled over the past half decade, EIA data shows.

American oil firms are now turning to President Trump to help them keep doing business in Mexico and be treated fairly.

Mike Sommers, president and CEO of the American Petroleum Institute (API), wrote in another letter to President Trump earlier in June, saying:

“We encourage you to use diplomatic channels to engage with the president of Mexico and your Cabinet-level counterparts in Mexico’s agencies to urge the government of Mexico to uphold its USMCA commitments to treat U.S. investors and U.S. exporters fairly on the eve of USMCA entering into force.”