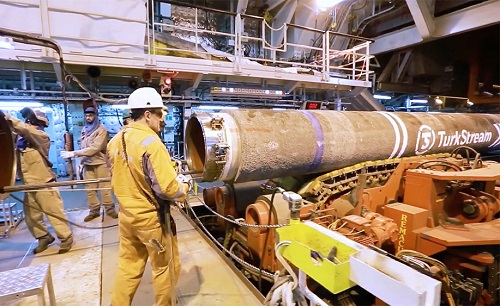 The Black Sea gas pipeline from Russia to the west of Turkey, the Turkish Stream, which has been operating since the beginning of 2020, yesterday stopped at its first repair.

Scheduled repairs will last from June 23 to 28, for six days.

The Turkish Stream with a design capacity of 31.5 bcm of gas per year supplies gas to the west of Turkey, as well as Bulgaria, Greece and Macedonia.

One of its legs is intended for the Turkish market, and the other for the countries of southern Europe. Since the beginning of the year, about 2.5 bcm have been delivered to Europe along this main (three times less than the capacity of the pipe – 15.75 bcm per year).