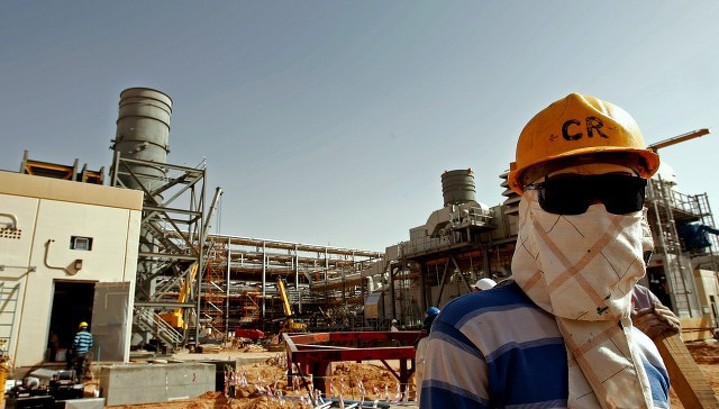 The oil market is already moving past this weekend’s producer deal to extend supply cuts, with prices sliding on Saudi Arabia’s decision to end extra reductions.

The reaction reiterates the kingdom’s outsized influence in the world of oil, and shows how prices are still vulnerable even after the OPEC leader and allies including Russia agreed to continue their mandated curbs by a month. Meanwhile, additional supply is seen hitting the market as Libya resumes exports from its largest fields.

What’s more, the outlook for demand is still gloomy. Goldman Sachs Group Inc. turned bearish in the short-term on oil due to poor returns from refining. The OPEC+ alliance’s pact is already more than priced in, and consumption forecasts are “running ahead of a more gradual and still highly uncertain recovery,” according to the bank.

Saudi Arabia’s extra curbs that came on top of the OPEC+ supply reductions will cease at the end of this month, Energy Minister Prince Abdulaziz bin Salman said Monday. That’s after the Organization of Petroleum Exporting Countries and its allies reached a deal over the weekend under which they will withhold 9.6 million barrels a day from the market in July.

“It’s not surprising we’re down because the outcome of the meeting was priced in the rally on Friday,” said BNP Paribas analyst Harry Tchilinguirian. “It wasn’t Saudi Arabia’s intention to extend cuts beyond June.”

“With OPEC’s latest cut already more than priced in, we now forecast a pull-back in prices in coming weeks,” Damien Courvalin, an analyst at Goldman Sachs, said in a note to clients. Brent could slump to $35 a barrel in the short-term, according to the report.

Meanwhile, Libyan oil is making its way to the market for the first time since January, as the country’s conflict-ravaged output limps toward a revival. For other producers, extra Libyan barrels are less welcome, coming at a time when they’re trying to keep supplies off the global market and support prices.

OPEC+’s extension of its existing global output cuts by one month is a victory for Saudi Arabia and Russia, which were deadlocked in a brutal price war just two months ago. The alliance’s de-facto leaders showed their commitment to shoring up oil markets globally, and even cajoled Iraq, Nigeria and other laggards to fulfill their promises to reduce production.

“Crude oil has run out of steam with the market concluding that all the news and action from OPEC+ was already priced in,” said Ole Hansen, head of commodities strategy at Saxo Bank. Saudi Arabia’s comments on voluntary cuts “added to the turnaround” seen in the market, he said.

Following the weekend’s extension deal, Saudi Arabia pressed on by increasing some crude prices by the most in at least two decades. The hikes erased almost all of the discounts the kingdom made during its brief price war with Russia, with the steepest increases hitting July exports to Asia.

While the production cuts have helped pull oil prices out of a crash below zero in April, they have also raised the prospect of crude’s advance encouraging higher American shale output.

In the U.S., Tropical Storm Cristobal has now crossed the coast. Gulf offshore drillers idled about a third of oil production, amounting to about 636,000 barrels of daily output, due to the storm.

— With assistance by Serene Cheong, and Saket Sundria.