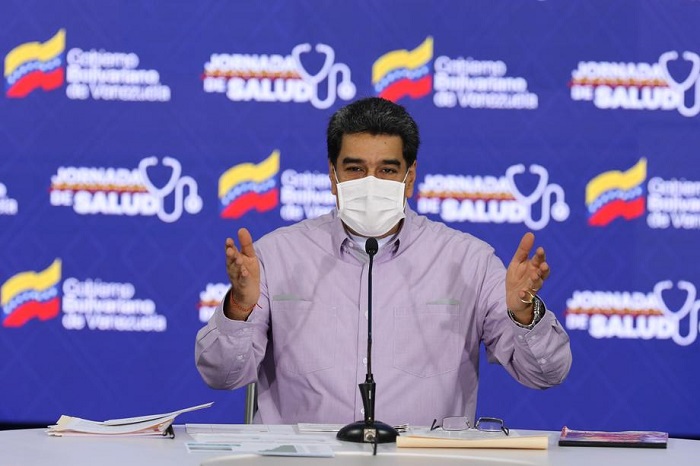 In 2017, Nicolas Maduro’s regime sought help from the then-Republican Congressman from Texas, Pete Sessions, to arrange a meeting between Venezuela’s state oil firm PDVSA and the head of ExxonMobil to lure the U.S. supermajor back to Venezuela’s crumbling oil industry, The Associated Press reported on Monday, citing sources and an email correspondence it has seen.

According to an email sent by an official at PDVSA to Sessions in June of 2017, Venezuela’s Socialist regime was looking for ways to attract ExxonMobil back to the oil industry of the country sitting on top of the world’s largest oil reserves. Exxon rejected the idea of a meeting in Dallas, two sources told AP.

Sessions hasn’t directly replied to the PDVSA official’s email, but it is not clear how the then-Congressman, who is running again for Congress, acted on the request.

Sources told the AP on the condition of anonymity that Sessions visited Venezuela’s capital Caracas in April 2018 to meet Maduro. Former Miami Congressman David Rivera served as a translator at the meeting.

Rivera is currently being investigated by U.S. federal prosecutors for failing to register as an agent of a foreign government and disclose a US$50-million consultancy contract with a U.S. unit of PDVSA.

A spokesman for Sessions declined to comment on the report for AP, saying that “The U.S. Department of State would be your best resource for any information regarding contacts made with Venezuela.”

In 2019, the U.S. Administration started imposing sanctions on Venezuela’s oil exports and oil industry, stepping up the pressure on Maduro’s regime and trying to stifle its only hard-currency income – oil revenues.

The collapse in oil prices and the tightening U.S. sanctions against Venezuela have accelerated the decline of Venezuela’s oil industry, and as of the end of May, Venezuela had just one active oil rig, operating at an oilfield in the Orinoco oil belt.