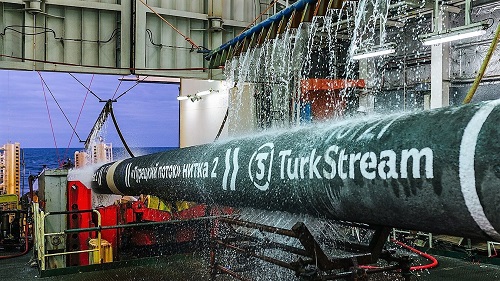 The Hungarian GTS Operator (FGSZ) stated that an investment decision was made to build a connecting gas pipeline from Serbia by October 2021, through which gas from the Turkish Stream will go to Hungary, FGSZ reports.

“FGSZ Ltd. hereby notifies market participants that … the Hungarian regulator in the field of energy and utilities (MEKH) in its decision … dated June 19, 2020 approved a proposal for a 10-year development plan, including the construction of a new Serbian-Hungarian interconnector gas pipeline with a capacity of 6 billion cubic meters per year,” the release said.

“The Supervisory Board of FGSZ Ltd. made an investment decision in accordance with the decision of MEKH,” the operator said. The new gas pipeline is scheduled to be commissioned before October 1, 2021.

Russian Ambassador to Hungary Vladimir Sergeev in February told RIA Novosti that the first gas deliveries from the Turkish Stream to the country are planned to be carried out in late 2021 – early 2022. As for Serbia, the country’s Ambassador to Russia, Miroslav Lazanski, said he hopes to get the first gas from the Turkish Stream by the end of this year.
The Turkish Stream gas pipeline was launched in early January. It consists of two legs with a capacity of 15.75 billion cubic meters each. The first is intended for the supply of Russian gas to Turkish consumers, and the second is for supplying countries of Southern and Southeast Europe.