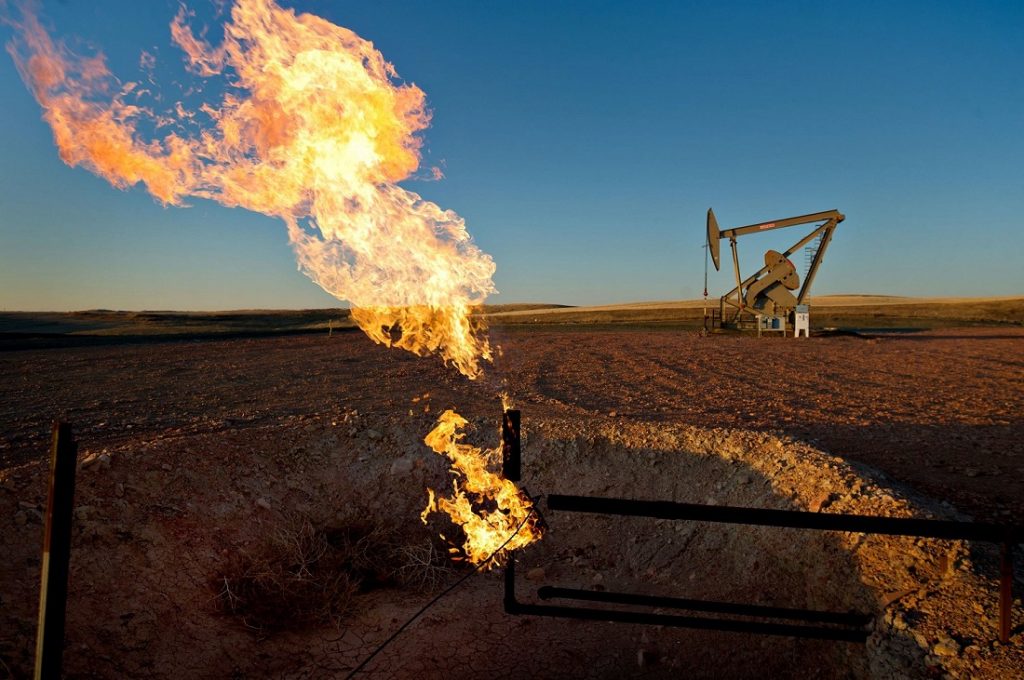 April has seen a marked reversal of fortunes for shale oil drillers in the United States.

The price for May deliveries of West Texas Intermediate crude briefly dropped to minus $40.32 per barrel on 20 April,[i] before rebounding to over zero. For the first time ever, traders were paying to have crude taken off their hands. The supply glut, combined with fears of limited storage space in Cushing, Oklahoma running out, is crushing the shale industry.

Reasons for the current low price of natural gas

Even before the current crisis, natural gas prices were unusually low at just $2.33 in December 2019,[ii] as supply greatly exceeded demand thanks to a mild winter, a slowdown of economic growth in the U.S., China and the rest of the world as well as a glut in liquid natural gas thanks to new export projects coming online in the U.S., Africa and Australia. The arrival and spread of COVID-19 is turning things from bad to worse. “U.S. electricity demand is beginning to rapidly decline due to coronavirus-related containment measures” [iii] states Andy Weismann, CEO of EBW Analytics Group on an industry website. And, since electricity consumption is now a major driver for gas usage in the U.S., demand for gas has fallen.

Well operators are cutting back on drilling

Crude oil prices look subdued for the coming year according to industry observers. By contrast, some analysts expect natural gas prices to rise by the fall for, in response to low crude prices, an increasing number of E&P companies are being forced to cut activity and reduce drilling budgets by between 30 and 50 percent. This is already being mirrored in a reduction in new fracked well-starts from 780 in January to just 162 in April 2020, according to recent statistics from Rystad Energy, April 2020.[iv] The U.S. government’s own estimates show output falling by 660,000 barrels per day by next year, from a peak of 13.2 million barrels a day. As crude output declines so will natural gas output and the price of the latter will rise.

The price of natural gas could double

The EIA’s April note forecasts rising gas prices in the autumn, in anticipation of higher winter demand for heating and a revival of industrial activity. [v]  At the start of April, gas was priced at just $1.64 per million British thermal units (MMBtu), the lowest it has been since December 2009. Goldman Sachs analyst Samantha Dart expects gas prices to jump to $3.50 / MMBtu gas by winter 2020-2021 and reach $ 3.25 / MMBtu by summer 2021. Bank of America concurs but puts the rise to just $ 2.45 / MMBtu in 2021.[vi]

The impact of higher natural gas prices could prevent hundreds of debt-laden small independent producers across Texas and the Midwest, who account for 83 percent of oil and 90 percent of gas output, from going bankrupt or shutting wells.[vii]

The return to better natural gas prices could incentivize E&P companies to reduce flaring and venting of gas and sell this higher valued commodity to local buyers. The upcoming completion of several gas takeaway pipelines will also open access to Gulf coast LNG processing plants and gas-hungry Mexico. At this juncture, as one industry observer put it, shale oil producers should regard natural gas as their main source of income in coming months and oil as a by-product. Adding, tongue-in-cheek, perhaps crude oil should be renamed associated crude oil?