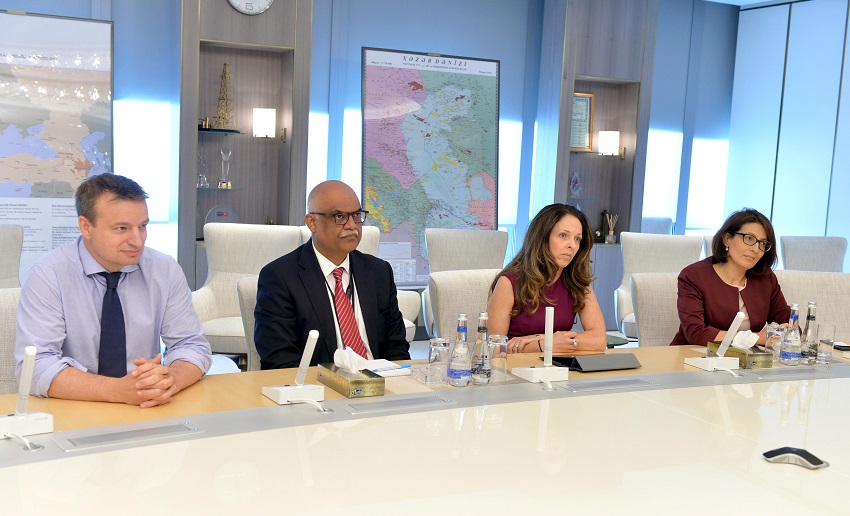 SOCAR and Norwegian Equinor plan to launch the installation of a new production platform at the Karabakh gas condensate field in the Azerbaijani sector of the Caspian Sea in July 2019.

This was reported by the press service of SOCAR.

According to a press release, SOCAR head Rovnag Abdullayev and Equinor ASA first vice president Kerry Lokhart last week in Baku discussed the current level of cooperation between the companies, and, in particular, the progress of work on preparing the Karabakh field for development.

“During the meeting, it was noted that a drilling rig, which will be used for exploration, and a new platform will be inspected in July. Installation of the platform in the sea will begin at the end of the last adjustments. The parties also noted the need to work in this direction in an expeditious manner and in accordance with the schedule, ”the information says.

The details concerning the mining platform in Karabakh are not reported to SOCAR.

Earlier, when entering the 26th International Caspian Oil and Gas Conference, SOCAR President Rovnag Abdullayev said that engineering and exploration work had been completed at the Karabakh field and a place had been determined for the platform. According to him, the extraction of the first products at the field is expected at the end of 2021 – at the beginning of 2022.

Note that Equinor attracted the Azerbaijani company Caspian Drilling Company (CDC – subsidiary of SOCAR) as a drilling contractor in the Karabakh field. Under the terms of the agreement, CDC will drill two wells in this field using the semi-submersible floating drilling rig “Dede Gorgud” after its modernization. The completion of the modernization is planned for the third quarter of 2019.

On May 31, 2018, SOCAR and Equinor signed a Production Shearing Agreement (PSA, PSA) type contract in Baku to explore and develop the block of prospective structures Dan-Ulduzu-Ashrafi-Aypar and Risk Service Contract to develop the Karabakh field. For the implementation of projects, SOCAR and Equinor created an operating room on parity shares (50% to 50%).

The agreements were ratified by the Milli Majlis of Azerbaijan on June 29, 2018, entered into force on July 5.

The Karabakh field is located 130 km east of Baku. The recoverable reserves of the contract area are estimated at 16 million tons of condensate and 28 billion cubic meters of gas. The depth of the sea in the area of ​​the field is 180 meters.