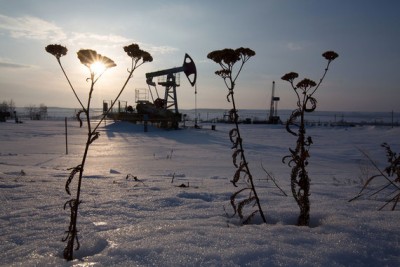 Currently, no investment decision has been made on acquisition of Antipinsky Refinery and oil fields in Russia by Azerbaijan’s state oil company SOCAR, spokesperson for SOCAR Ibrahim Ahmadov told Trend.

“SOCAR regularly analyzes markets, considering existing investment opportunities. As for the Antipinsky Oil Refinery and fields in the Russian Federation, there is currently no investment decision on these projects,” he said.

Ahmadov noted that if SOCAR makes an investment decision on these or other projects in the Russian Federation in the future, the company will inform the public accordingly.

According to Kommersant newspaper, it is assumed that SOCAR will fully acquire Antipinsky Oil Refinery JSC, which also owns the production assets of New Stream – Mogutovskoye, parts of the Gremyachevsky and Vorontsovskoye oil fields in the Orenburg region.

The newspaper reports that SOCAR has “fundamentally agreed” on purchasing and will pay a “symbolic amount” for 100 percent of the assets, taking on their debt of $3 billion. According to the report, the transaction may be closed before the end of the year.