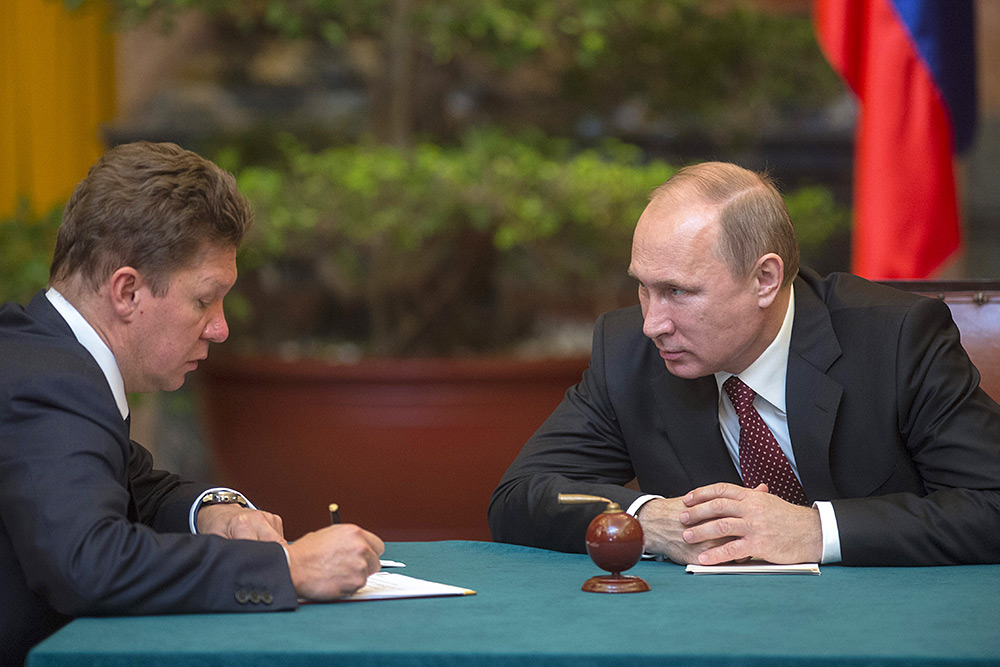 Gazprom expects that demand for Russian gas in Europe in the medium term will only grow, said company head Alexei Miller at today’s meeting with Russian President Vladimir Putin.

“Without a doubt, the trend of growth in demand for Russian gas continues, therefore, in the medium term, we expect that gas consumption and gas supplies to the European market will increase even more,”
Miller’s words are quoted on the Kremlin’s website.

According to Miller, in 2018 the share of Russian pipeline gas in the European market was 36.7%.

The head of Gazprom told the President of the Russian Federation that in 2018 the company increased gas production by 5.7% to 497.6 billion cubic meters. m gas ..

“First of all, it should be noted here that the demand for Russian gas of our main partner, the client, Germany, has increased at an increased rate. The growth was 9.5%, and last year we supplied 58.5 billion cubic meters of gas to Germany. This is more than the power of one “Nord Stream”, – said the head of “Gazprom”.

According to him, Gazprom also sees great prospects for Russian gas on the Chinese market. “According to the“ Power of Siberia ”work goes ahead of schedule. On December 1 of this year, gas will be exported to China from the Chayanda field, and we will commission it. And, accordingly, we will begin gas supplies to China. Without a doubt, this will be a historic event, we are starting to work in the capacious gas market. The growth rate of consumption in the Chinese market at the end of last year was 17.5%; this is the most dynamic, fastest growing natural gas market in the world. And we see great prospects for the supply of Russian gas, ”he said.

“This year we will also commission the Turkish Stream, and 31.5 billion cubic meters of gas will be supplied to two lines. A continuation within the northern corridor of gas transmission capacities from Gryazovets to the Slavyanskaya compressor station will be built. And, accordingly, this will ensure gas supply to the Nord Stream 2 ″, and also to consumers in the Leningrad Region, ”Miller added.

The head of Gazprom also said that the issue of gasification of the Russian Federation can be fully resolved within 10 years. “In 2019, it will grow by 1%, from 68.6% on January 1,” noted Miller.

“I have to ask you. Please prepare Gazprom’s proposals for increasing the rate of gasification within the country so that we can synchronize this work with the government and with the regions of the Russian Federation, ”Putin said to Miller.