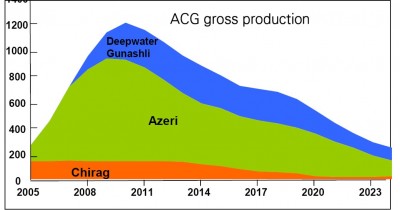 This is stated in the report of the Ministry of Energy of Azerbaijan.

In 2017, 28 million 906.4 thousand tons of oil was extracted from the block of Azeri, Chirag and Guneshli fields. Thus, in 2018, the volume of production at ACG decreased compared with a year earlier by 0.6%.

Associated gas production in 2018 from the block of Azeri-Chirag-Guneshli fields amounted to 12 billion 506 million cubic meters (an increase of 1.3%).