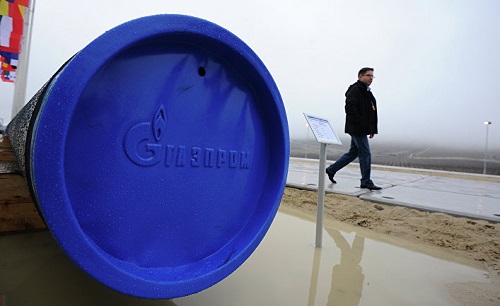 Bulgaria is to face renewed EU scrutiny over a Russia gas pipeline, four years after its previous project failed.

The European Commission would “not support it” if the pipeline did not meet conditions, Maros Sefcovic, the commission vice-president, who is in charge of EU energy policy, has said.

The commission would “react within its remits” if Bulgaria harmed EU energy security, he added in remarks to EUobserver on Tuesday (11 December).

Its Germany and Turkey pipes go around countries such as Poland and Ukraine.

This makes the region, which used to be under Russia’s boot, feel less safe by enabling Moscow to cut supplies there while keeping its gas flowing to western Europe.

And Russian revanchism is stoking those fears, amid military provocations in the Baltic Sea and Black Sea regions.

“They are political tools … and the Russian state uses energy for coercive political aims,” he said.

Bulgaria’s previous project, the more ambitious South Stream pipeline, was to ship gas directly from Russia via the Black Sea.

But Moscow abandoned it in 2014 when the EU commission said it violated single market laws.

Sofia, where MPs recently approved the Turk Stream 2-link project, has yet to give Sefcovic details of its new plan.

Its energy and foreign ministries also declined to speak to EUobserver.

If Bulgaria’s link pipeline was to sell Russian gas to the EU in a new Balkan trading hub with other international gas, then it was “a welcomed development,” Sefcovic said.

But if it simply “evacuated” Turk Stream 2 gas to EU states, such as Austria or Italy, then it was not.

“If it turns out the project is a simple transit pipeline, it cannot be part of the Balkan Gas Hub project and the commission will not support it,” Sefcovic told this website.

“In such a scenario, Turk Stream 2 and its evacuation pipeline would clearly be in competition with other sources and routes of gas coming to the region,” he said.

The commission earlier financed a feasibility study into the Balkan Gas Hub idea.

The hub, in Varna, on Bulgaria’s Black Sea coast, could trade gas from Turk Stream 2, as well as from EU-backed pipelines to Azerbaijan and Israel – the Southern Gas Corridor and EastMed.

It could also trade liquid gas from global markets, in what would create “more diversified, secure supply” for Europe, Sefcovic said.

“The commission could only support a scenario under which this [Turk Stream 2] gas is sold at the Balkan Gas Hub … not simply transported via transit pipelines to western European hubs,” he noted.

“Once it becomes clear how the [Turk Stream 2] evacuation will be organised, the commission will react within its remits,” he said.

Bulgaria, the EU’s poorest country, would get no European money for the €1.4bn link pipeline if it did not meet conditions, Sefcovic added.

It would also receive no EU “regulatory support”.

Eugal is a 480-km German pipeline to link Nord Stream 2 to central Europe, which failed to meet conditions for EU support.

The new Russian pipelines are to start supplies in 2020.

The commission has a quiver of energy and public procurement laws to fire at onshore EU links.

It has also tried to have its say on Nord Stream 2, but its legal remit on Russia’s offshore pipelines is in doubt, amid sluggish talks on the subject in the EU Council, where member states meet.

For its part, the US has threatened fines against EU energy firms who backed Nord Stream 2.

It turned up the heat on that and Turk Stream 2 when Fannon, a US energy envoy, spoke to international media in a conference call on Tuesday.

“We’ve made quite clear where we stand on that,” he said on the Nord Stream 2 sanctions threat.

“We oppose Nord Stream 2 and we would call on all parties to exit the project,” he added.

“Given Russia’s aggression in recent days, this is a good time to spotlight our diplomacy on transatlantic energy security,” Fannon, who recently visited Croatia, the Czech Republic, and Hungary, said.

He spoke after Russian warships fired on Ukrainian ones in an incident in the Black Sea area.

The Russian pipelines would see Ukraine lose most of its gas transit to the EU, costing it billions, and would lock out new suppliers, like Israel, from Europe in what was “just an order of math” on supply and demand, Fannon said.

“The US and Europe share Western values,” but that kind of commerce was “just not consistent with those shared values,” the American diplomat said.