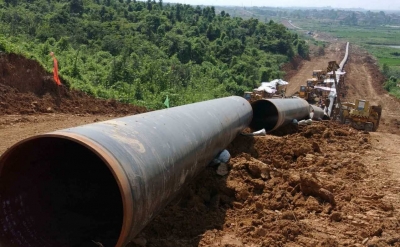 11/10/2018
Author: Ilham Shaban
Views: 95
Trenching is now complete on around 97 percent of the Trans Adriatic Pipeline’s (TAP) route in Greece and Albania, said a message from TAP AG consortium.

This accounts for more than 744 kilometers out of 765 kilometers of TAP route in those two countries. The pipeline is then buried at least 1 meter under the ground and will therefore be invisible, said the message.

TAP worth 4.5 billion euros is a part of the Southern Gas Corridor, which is one of the priority energy projects for the European Union. The project envisages transportation of gas from Azerbaijan’s Shah Deniz Stage 2 to the EU countries.