In the course of video selector selector meeting with the participation of a number of vice-Chairman of the Cabinet, President of Gurbanguly Berdimuhamedov noted the importance in addition to the raw export to diversify industrial production with a complete cycle. 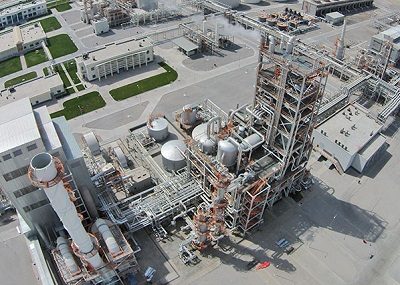 In this regard, the head of state, calling for direct video Deputy prime minister, Myratgeldi Meredov, asked the situation in industries processing energy.

In his report deputy prime minister reported the head of state about the increase in the range and volume production of neftegazohimii. This helps stable job available, upgraded and new, released on the project power companies.

Among produced in the country petrochemical products in demand not only in the domestic market, but and abroad – urea, polyethylene, polypropylene, polypropylene film, environmentally friendly car fuel – gasoline, diesel fuel, lubricating oil that meet the requirements of international standards. Due to this was expanded the volume of exports of goods of oil and gas chemicals, which in turn, increased currency income in the state budget.

Also, it was reported that currently preparing for the delivery in operation unique, today the only in the world plant for the production of environmentally friendly synthetic gasoline of natural gas.

Given the dynamic the development of new for the country oil gas chemical industry among important task was named the preparation of highly skilled personnel to work on modern enterprises industry.