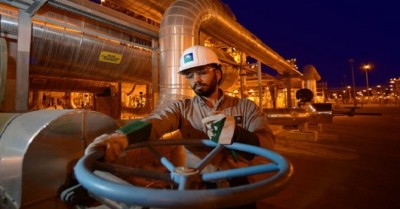 Iranian Minister of Petroleum Bijan Zanganeh reacted to recent remarks by Saudi authorities regarding oversupplying the oil market, saying: “Such brags would only satisfy Mr. Trump but the market would never buy such a claim.”

Mohammed Bin Salman, heir to the Saudi throne, said in an interview late Wednesday: “We export as much as two barrels for any barrel that disappeared from Iran recently, so we did our job and more.”

Reacting to the remarked by Prince Mohammed, the Iranian petroleum minister said: “It seems that such remarks were made under U.S. pressure on Saudi authorities; otherwise in reality, neither Saudis nor any other countries could replace Iran’s exports.”

“The market and rising prices are the best evidence of concern that the market is in short supply and is rightly nervous about the severe shortage of oil in the coming months,” he added.

Mr. Zanganeh further said what the Saudis had been supplying the market with recently, were not from Riyadh’s spare capacity but was from tapping its oil stocks.

The Iranian official emphasized that statements made by any country about the supply of oil to offset shortages caused by Iran’s oil sanctions, had little or no impact on the market situation, however, had mere short-term psychological effects and were ultimately aimed at satisfying the United States and assisting Trump in his imposition of the sanctions against Iran.