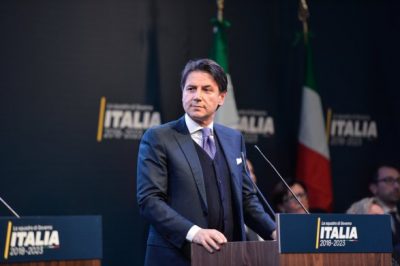 “It’s no longer possible to intervene in this project, which was planned by previous governments and carries contractual constraints,” Conte said in a statement.

Interrupting the process would involve “unsustainable costs of tens of billions of euros,” he said.

TAP worth 4.5 billion euros is a part of the Southern Gas Corridor, which is one of the priority energy projects for the European Union. The project envisages transportation of gas from Azerbaijan’s Shah Deniz Stage 2 to the EU countries.