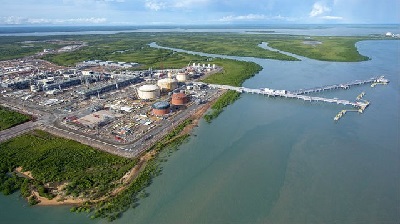 France’s oil and gas major Total said on Tuesday that the first cargo of liquefied natural gas (LNG) from the Ichthys LNG project offshore Western Australia had left the port of Darwin for the first export of the US$40-billion project that began producing gas in July this year. 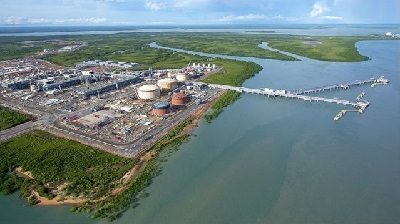 The planned production volumes at Ichthys will be 8.9 million tons of LNG annually, 1.65 million tons of liquefied petroleum gas (LPG) a year, and around 100,000 bpd of condensate at peak production and full capacity, according to the French energy supermajor.

Total is a partner in the Ichthys LNG venture with a 30-percent stake, while the operator is Japan’s largest exploration and production company, Inpex.

Some 70 percent of LNG from the Ichthys project will be bound for Japan—the largest LNG importer in the world.

Production at the Ichthys LNG began in July this year, when Inpex expected first shipment of products from the project toward the end of the first half of its current fiscal year—April to September.

At the beginning of October, the first condensate cargo departed from the Ichthys LNG project for the Asian market, while the project is also scheduled to start the shipment of liquefied petroleum gas (LPG) later this year, Inpex said today.

The start of LNG exports from Ichthys marks the commercial operation of the most recent LNG project off Australia’s coasts over the past decade. LNG projects that began operations in Australia in recent years include Chevron-operated Gorgon and Wheatstone.

The last of the major projects is Shell’s Prelude, a floating liquefied natural gas (FLNG) facility in Browse Basin off the northwest coast of Western Australia. Shell’s CEO Ben van Beurden said on an earnings conference call in July that based on Shell’s current commissioning schedule, “we are on track to start production this year.”