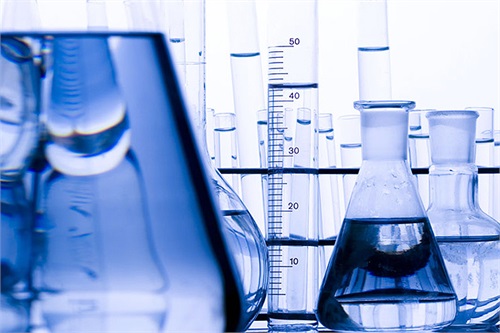 Until eight years ago, everyone was worried about incomplete petrochemical projects. 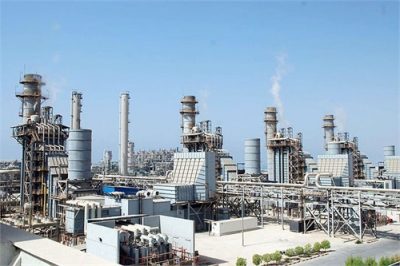 Phase I of Ilam Petrochemical Plant was inaugurated in 2014 during a provincial tour by President Hassan Rouhani. The project came online with a capacity of 300,000 tonnes. The investment made in the project stood at $442 million with its output valued at $388 million. The Ilam plant remains a major industrial project in Iran, equipped with ethylene, high-density polyethylene, feedstock desulfurization and all utilities units. Creation of job in the province, optimal use of refined gas products and their conversion to petrochemicals of high value-added have been among objectives of implementation of this project.

Located on a 130-ha land, the Lorestan plant is fed by 234,000 tonnes a year of feedstock supplied by the West Ethylene Pipeline. This project was inaugurated with an initial capital of $300 million with the value of its products standing at $329 million.

Mahabad Petchem Plant was officially inaugurated by President Rouhani in May 2016. The idea behind this project was to develop petrochemical products in Iran, create jobs and develop petrochemical exports, make optimal use of gas resources in Iran and generate value-added from national assets in partnership with Iran’s National Petrochemical Company and private investment. The Mahabad plant is among the 12 petrochemical projects located along the West Ethylene Pipeline. The investment made in this project stands at $388 million with the value of its output estimated at $329 million.

The Takht Jamshid SBR/PBR Unit was inaugurated by Iran’s first vice-president in February 2017. Takht Jamshid Petrochemical Company is located in Site 2 of the Special Economic Petrochemical Zone. In Phase 1, the project will be supplying 45,000 tonnes of SBR and PBR. The PBR unit, with a capacity of 35,000 tonnes a year, created 700 jobs throughout construction and 200 jobs during operation. The products of this unit are used as raw material for rubber industry. The Petrochemical Commercial Company has indigenized PBR production technology. TJPC incorporates an SBR production unit with a capacity of 30,000 tonnes a year and a PBR production unit with an annual capacity of 18,000 tonnes. The technologies used in this facility are Goodyear for SBR and Goodrich for PBR.

Kurdistan Petchem Plant is one of 12 petrochemical projects lying in the category of resilient economy. It has had a big share in industrial development, creation of value-added and job creation in western and northwestern Iran. It was inaugurated in April 2017 by President Rouhani. A total of $378 million was invested in this project. Construction of the petrochemical plant started in 2005, but it faced a six-year halt before being resumed in 2011. The products of the Kurdistan plant are used as feedstock for downstream units, and in the production of polyethylene films, polyethylene foams, wire and cable coating and plastic materials.

Phase 2 of Kavian Petchem Plant, known as the largest producer of ethylene in the Middle East, has an annual production capacity of over one million tonnes of ethylene. It was inaugurated in April 2017 with an initial investment of $313 million. Construction of the project started in 2006. Phase 1 became operational in 2012. The products of this plant are valued at $929 million.

The polystyrene unit of the Entekhab Industrial Group which has production capacity of 250,000 tonnes a year of polystyrene was inaugurated in April 2017 by President Rouhani. A total of $200 million was invested in this project. Technical knowhow provided by Norway and Germany has been used in this project whose output is estimated to be valued at $326 million.

The Polystyrene Unit of Takht Jamshid Pars Petchem Plant was inaugurated by President Rouhani in April 2017. The construction of Takht Jamshid Pars Petchem Plant began in early 2015 with the objective of producing 65,000 tonnes a year of polystyrene products. The investment made in this project stands at $70 million with the products valued at $69 million.

Polystyrene is a synthetic aromatic hydrocarbon polymer made from the monomer styrene. Polystyrene can be solid or foamed. General-purpose polystyrene is clear, rigid, and rather brittle. It is an inexpensive resin per unit weight. It is a rather poor barrier to oxygen and water vapor and has a relatively low melting point. Polystyrene is one of the most widely used plastics, the scale of its production being several million tonnes per year. Polystyrene can be naturally transparent, but can be colored with colorants. Usages include protective packaging (such as packing peanuts and CD and DVD cases), containers (such as “clamshells”), lids, bottles, trays, tumblers, disposable cutlery and in the making of models.

Phase 3 of Pardis Petrochemical Plant was inaugurated by President Rouhani in September with an annual production capacity of 1.75 million tonnes of urea and ammonia. The project, which was started in 2011, has cost $582 million. Phase 3 is estimated to bring its urea production to 522,000 tonnes, which would account for 70% of the target for this project.

The methanol unit of Marjan Petrochemical Plant has a production capacity of 1.65 million tonnes a year. The project was inaugurated by President Rouhani. During operation, it will create 250 job opportunities. The investment made in this project stands at $914 million with the products valued at $577 million a year.

The Damavand Power Plant was built to supply electricity to 24 petrochemical plants located in Phase 2 of the Pars Special Economic Energy Zone (PSEEZ). The initial investment made in this project stood at $366 million. This unit is currently supplying electricity to the Mehr, Morvarid, Kavian, Entekhab, Takht Jamshid, Marjan and Bushehr plants as well as compressed air separation unit among others. Equipped with two main boilers and an auxiliary boiler, the Damavand Power Plant is currently producing 780 tonnes an hour of vapor which is fed into the Mehr, Morvarid, Kavian and Marjan petrochemical plants. In the future, plants under construction in Phase 2 will be supplied with vapor from this power plant.

The Damavand project was inaugurated by President Rouhani.